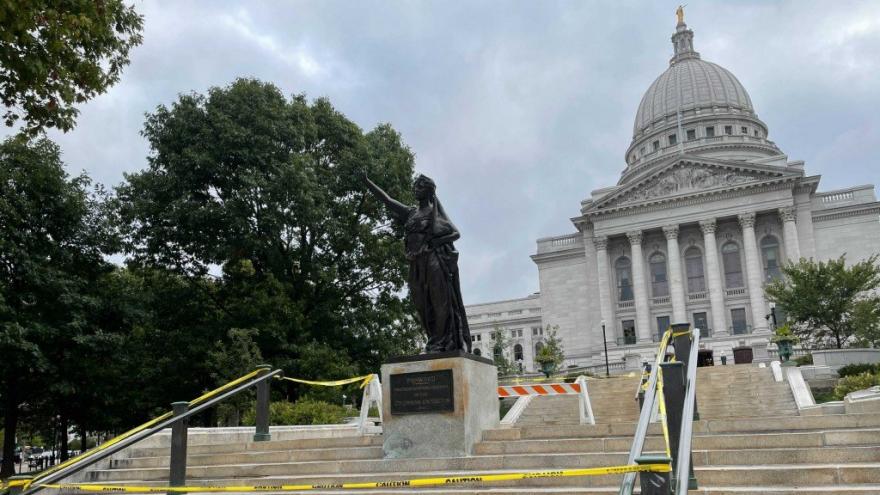 Protesters in June broke off a leg and tore the head off a statue of abolitionist Hans Christian Heg. They also dented and broke a finger off the "Forward" statue.

The state received $60,000 in federal grants to cover restoration efforts. Workers from the state Department of Administration reinstalled both statues Tuesday morning.

They used a boom crane to lower Heg back onto his pedestal on the Capitol's east side.

The protest was among demonstrations around the U.S. after Floyd's death while in Minneapolis police custody.