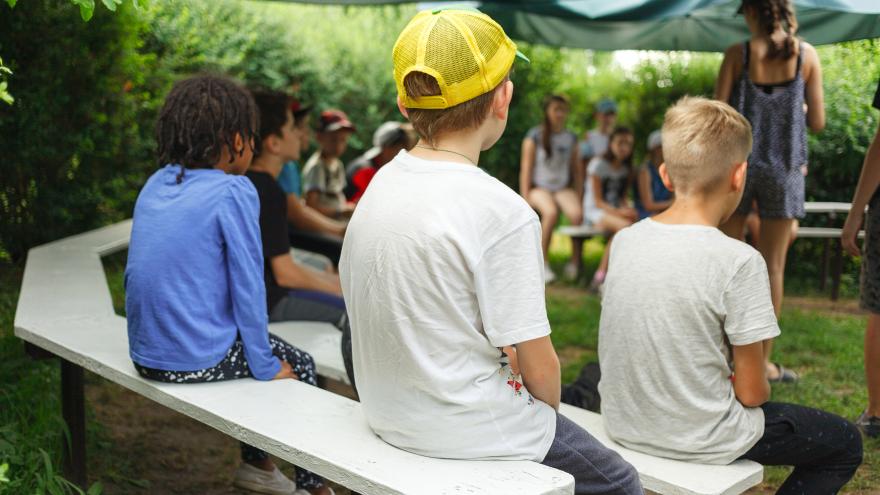 (CNN) -- Many working parents who rely on local summer camps to keep their kids busy when school's out for the summer won't have that option this year because of a serious staffing shortage.

The start of summer vacation has arrived, but instead of preparing to welcome campers, several camps have had to disappoint families by shrinking the variety of programs they can offer this year. Some are canceling overnight programs, or worse, camp altogether for the 2022 season.

It's a nightmare situation for families who now have to scramble for a plan B. Camp operators say a serious worker shortage has forced them to take such drastic measures.

One of those camps is Camp Fire Camp Toccoa, located on 176 acres in the foothills of the Blue Ridge Mountains in northeast Georgia. The camp is run by a national nonprofit youth development organization.

In early May it notified families that it would not be able to operate its overnight camp program this summer because of "difficulty in securing the necessary staff to provide a summer residence camp experience that meets the standards and expectations of the Staff and Board of Directors," according to a message on its website.

In a more detailed entry posted on its Facebook page at the same time, the camp operators wrote they had spent hours preparing to open its overnight camp this summer.

"At the end of the day, though, we have been unable to hire enough counselors to run the programs, and to provide the care and attention that our campers need and deserve."

"No amount of leaf blowing, painting, and fixing will put a counselor in each cabin. No amount of advertising, networking, and direct contact with individuals in search of summer staff has produced a staff large enough to run our magical overnight programs," the post said, adding that Camp Toccoa hopes to be adequately staffed to offer overnight camps for the 2023 season.

Staffing shortages also have forced some city-run summer camps to cancel their entire season this year.

Traverse City officials said in an April press release that applicants for camp coordinators were offered 50% more in hourly wages this year versus 2021 and camp counselors a 20% pay boost from a year ago but "still only received two applicants to date." The city needed a staff of 10 to 12 to efficiently run the camp.

"The decision to cancel the Summer Day Camp program has been extremely difficult, especially in light of the childcare difficulties those in our community are facing," Traverse City Manager Marty Colburn said in a statement. "Unfortunately, the staffing shortage is not unique to the City or the region, but is prevalent throughout the state and nation."

Tim Younker, director of the Parks and Recreation Department in St. Ann, Missouri said his city also failed in attracting the staff needed to operate its six-week summer camp this year.

"We publicized camp director and counselor jobs in local high schools and colleges and on Facebook and our website but got no responses," he said. The day camp (which costs $250 for residents and $350 for non-residents), runs from late June to late July and usually employs a seasonal staff of 18.

"At the end of April we let families know we wouldn't be offering the camp this year," said Younker. It is a blow to many parents who rely on it for their summer childcare needs, he said.

"These used to be desirable summer jobs for older kids. I don't really know why they're not interested," Younker said. "It's the same situation with swimming pools. There aren't enough lifeguards and I've heard of pools around us that have had to cut back hours."

He added that city administrators are looking to offer higher pay next year as a way to attract the staff they need.

A worker shortage couldn't come at a worse time for the camp industry, which is still reeling from the disruptions caused the pandemic over the past two years.

In 2020, 82% of overnight camps and 60% of day camps didn't operate at all. The loss of business forced some camps to shut down completely.

Demand has come roaring back this year with some 26 million children nationwide expected to be enrolled in one of over 15,000 summer camps in the country.

"Parents are desperate for their kids to be out in nature with their peers and away from tech devices after two years of social distancing," said Tom Rosenberg, president and CEO of the American Camp Association, a non-profit that represents the summer camp industry.

As demand surges and inflation forces camp operators to incur more costs by having to pay more for food, bus transportation staff and insurance as well as other supplies, Rosenberg said camp fees are also estimated to jump 10% to 15% this summer over 2021.