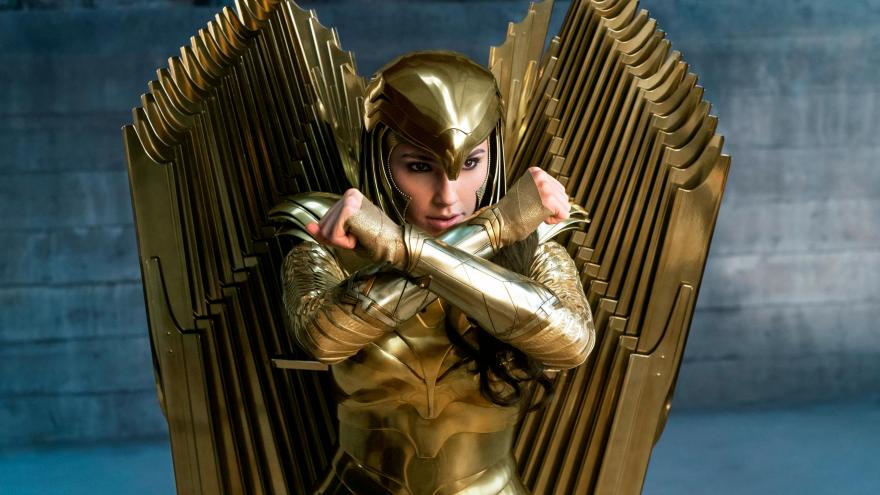 The "Wonder Woman" sequel debuted at an estimated $16.7 million in the United States during the holiday weekend, Warner Bros. said on Sunday. The film has brought in $85 million worldwide at the box office so far.

By comparison, the first "Wonder Woman" movie in 2017 debuted to a $103 million domestic box office opening in its first weekend, and it ultimately grossed $822 million around the world. But that was a different time, before the virus, when people were unafraid to go to theaters. "Wonder Woman 1984" debuted in 2,100 theaters nationwide -- half of what the number that screened the first Wonder Woman movie during its opening weekend.

Although Warner Bros. said the "Wonder Woman 1984" opening was a record high for the pandemic, that's a difficult number to assess. Some theaters that were open earlier in the year are now closed, and likewise many that had been closed have since opened.

Nevertheless, the studio called the movie's debut a success, leading to another big announcement from Warner Bros, which, like CNN, is owned by AT&T subsidiary WarnerMedia: It's fast-tracking production of "Wonder Woman 3." It will star Gal Gadot, and Patty Jenkins will direct the conclusions of the film's theatrical trilogy.

"As fans around the world continue to embrace Diana Prince, driving the strong opening weekend performance of Wonder Woman 1984, we are excited to be able continue her story with our real life Wonder Women -- Gal and Patty -- who will return to conclude the long-planned theatrical trilogy," said Toby Emmerich, chairman of Warner Bros. in a statement.