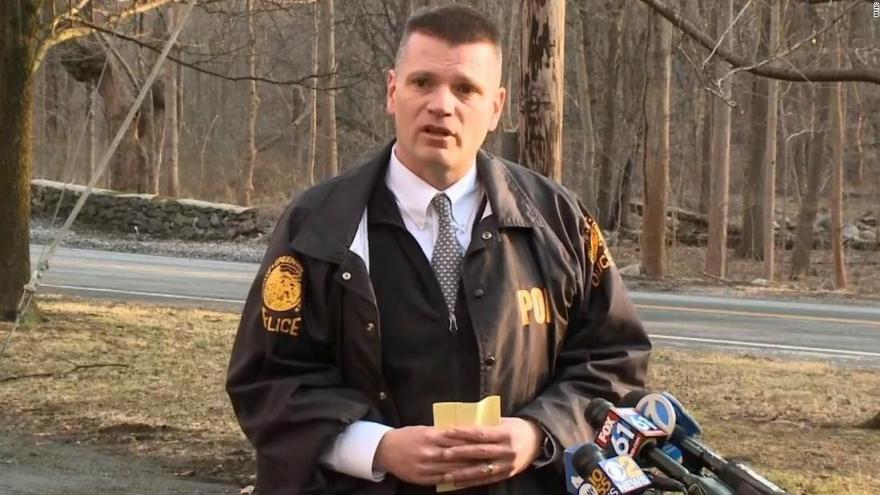 Police say the body of a woman was found in a suitcase on the side of a road in an upscale Greenwich, Connecticut neighborhood.

(CNN) -- Police say the body of a woman was found in a suitcase on the side of a road in an upscale Greenwich, Connecticut neighborhood Tuesday.

The woman has not yet been identified, but authorities said she is believed to be between the ages of 18 and 30. She was bound at the hands and feet, police said.

The suitcase was spotted Tuesday morning about 15-20 feet off the shoulder of the road during a routine sweep, Greenwich Police Captain Robert Berry said at a news conference Tuesday afternoon.

"This remains an active homicide investigation," Berry said, adding that the focus of the investigation, at this point, is on identifying the woman so police can notify her family.

"It's always sensitive to us that every time we have a tragedy such as this, there's a family connected to it," Berry said. "Our heartfelt thoughts and prayers go out to that family wherever they may be."

"We are following up on each and every one of them," he said.

Greenwich, with a population of just under 63,000, is on the Long Island Sound about 35 miles outside of New York City. The affluent town is home to hedge fund and financial firms.

Police urge anyone with information to call an anonymous hotline at 203-622-3333.