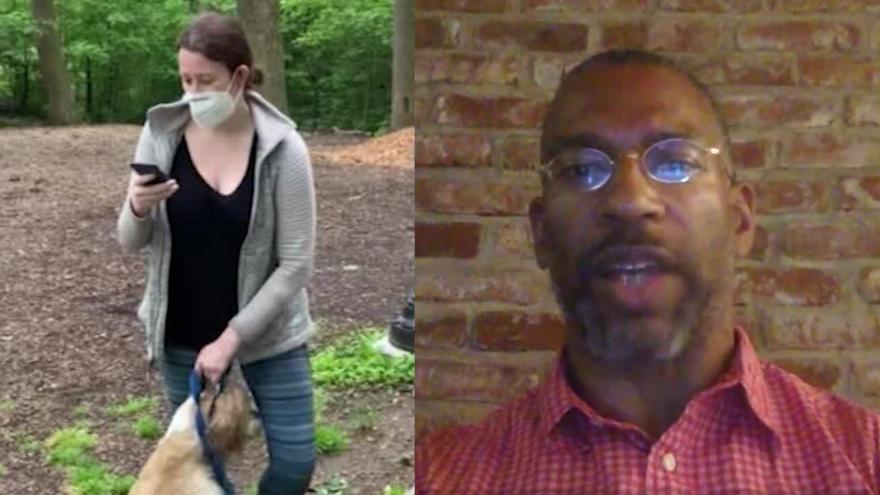 Christian Cooper, whose video of a woman calling the police on him while he was birdwatching went viral over the Memorial Day weekend, acknowledged the woman's apology but said her act was "definitely racist."

(CNN) -- The White woman who called cops on a Black man who was birdwatching in Central Park will be prosecuted, the Manhattan district attorney said Monday.

Amy Cooper, the woman who was filmed accusing a Black man of threatening her, faces a charge of falsely reporting an incident in the third degree, according to the DA.

"At this time I would like to encourage anyone who has been the target of false reporting to contact our Office. We are strongly committed to holding perpetrators of this conduct accountable," DA Cyrus Vance said in a statement.

Cooper was walking her dog in the park in May when she encountered Christian Cooper (no relation) in a wooded area known as the Ramble. A dispute began because her dog was not on a leash, contrary to the Ramble's rules, both of them told CNN.

Christian Cooper posted on Facebook a part of their exchange that he recorded, and it went viral. In the recording, he is silent for the most part, while she frantically tells police he is threatening her and her dog.

"I'm taking a picture and calling the cops," she is heard saying in the video. "I'm going to tell them there's an African American man threatening my life."

Cooper has been issued a desk appearance ticket and is scheduled for arraignment October 14.

Correction: This story has been updated with the correct month of the incident.