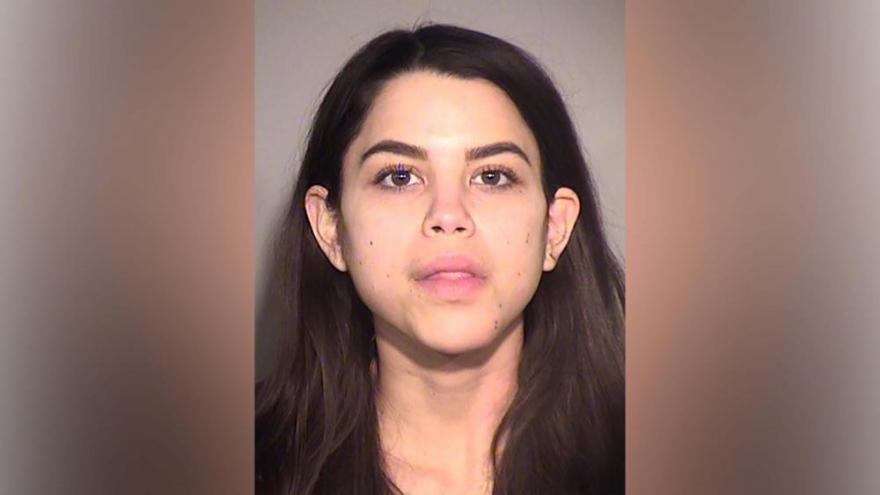 Miya Ponsetto's charges include unlawful imprisonment, endangering the welfare of a child and aggravated harassment, according to an indictment.

(CNN) -- A California woman who authorities say falsely accused a Black teenager of stealing her cell phone in a New York City hotel lobby last December is now charged with a felony hate crime, according to court documents.

A New York grand jury indicted Miya Ponsetto on four charges including unlawful imprisonment, as a hate crime, endangering the welfare of a child, and aggravated harassment, according to the indictment shared with CNN by the Manhattan DA's office.

Ponsetto's attorney, Paul D'Emilia, pleaded not guilty on behalf of Ponsetto, who appeared via teleconference in a Manhattan courtroom Wednesday, according to a spokesperson for the Manhattan DA's office.

Ponsetto is accused of attacking 14-year old Keyon Harrold Jr., who was with his father, a famed musician, in the Arlo Hotel in December, when she says she thought he had her cell phone. He did not, investigators say.

The incident was widely shared on social media and Ponsetto was accused of racially profiling the teen, which she has denied.

"The charges alleged are a brazen and clear overreach of the intent of the statute. In sum, they are absurd, and a perversion of our legal system," D'Emilia told CNN in a statement.

Ponsetto is on supervised release, according to her attorney, who says her next court date won't be until October.