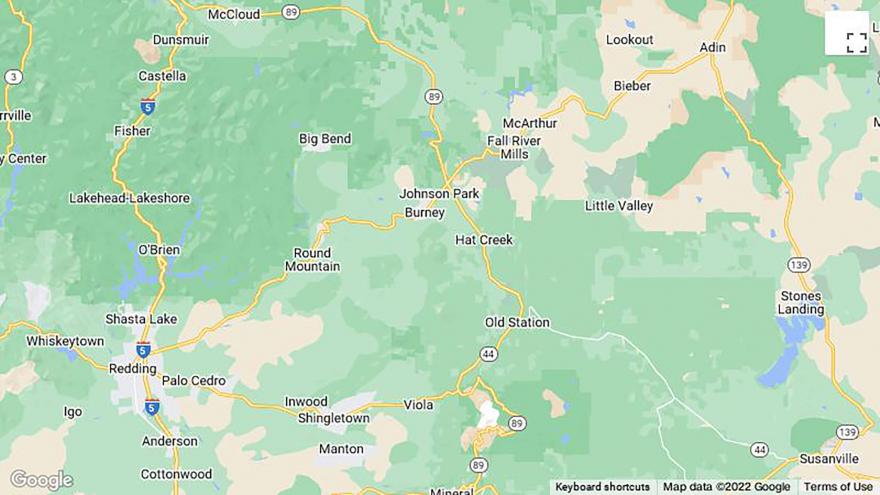 (CNN) -- A woman who was stranded for six days in the woods of Lassen County, in northeastern California, rationed a six-pack of yogurt and ate snow to survive before being rescued, a release from the Lassen County Sheriff's Office said.

Justin Lonich and Sheena Gullett were traveling home to Little Valley on April 14, when they got stuck in the snow in a remote area of Lassen County, the release said. They spent the night in their car, but in the morning, the battery was dead and they tried to walk back to the main highway, said the sheriff's office.

Gullett eventually fell behind and the two became separated in heavy snowfall, said the release. Lonich attempted to return for Gullet but couldn't find her due to the heavy snowfall. After hitchhiking and sheltering for several nights, Lonich was able to reach Susanville in Lassen County on April 17 and report Gullett's stranding to authorities.

Search efforts were complicated by bad weather and Lonich's unfamiliarity with the area, but on April 20, around 3 p.m., a sheriff's sergeant found the car the two had been traveling in. Gullett immediately emerged from the vehicle when he arrived and was "very emotional, but physically okay," said the release.

The sheriff's sergeant transported Gullett to a Ranger Station to be evaluated by medical personnel. Gullett rationed a six-pack of yogurt during the six days she was stranded, and ate snow because she didn't have any water, said the release. Gullett told first responders she saw the California Highway Patrol helicopter that flew the search area a few days earlier, but they couldn't see her because the area was heavily wooded.

"The Lassen County Sheriff's Office Command Staff commends the efforts of all personnel involved in searching for and locating Sheena. Through their efforts, Sheena was found safe and is now back home," said the sheriff's office.