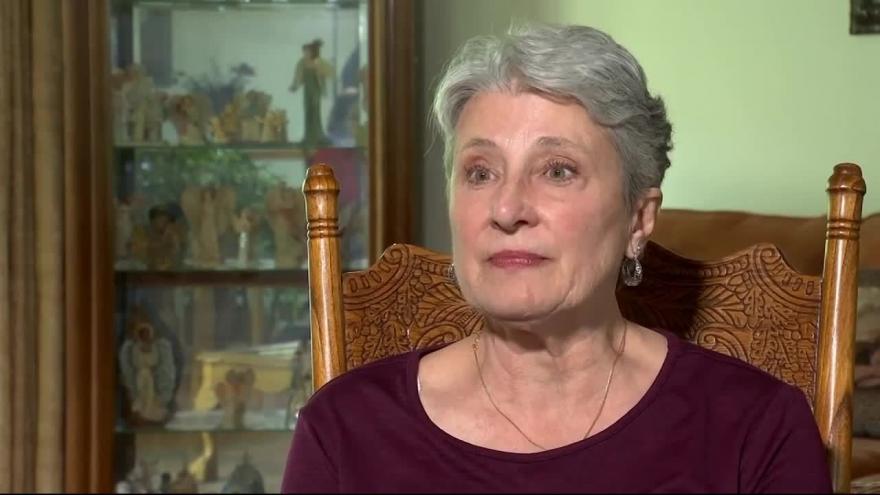 BILLINGS, Mont. (KTVQ) -- A Billings woman is searching for answers after a spring trip to Spain left her husband dead from COVID-19 and his remains lost in the mail.

Now, Christine Tyler, who is back home in Billings, is trying to get answers from federal postal officials, the military and Montana’s congressional delegation to locate her late husband’s remains and get them back home so she can plan a funeral.

She believes the remains of her husband Donald Tyler, 69, are located somewhere in Chicago at one of three U.S. Postal Service mail facilities. However, postal officials have told her they aren’t sure where the remains are.

Tyler said Thursday it became the couple’s annual plans to travel abroad and explore other countries. In March, they embarked on their 41st anniversary trip to Portugal and Spain.

“When I retired 10 years ago, we decided to take a trip, an overseas trip to see the world,” she said.

However, the trip ended in heartbreak when Don became sick five days into their journey and was hospitalized in Spain.

“And they decided, without really doing a whole lot of tests, that he had COVID and were treating him as such,” she said.

As a former nurse, she says she wasn’t even convinced that he had the virus because, oddly enough, Christine never tested positive for COVID-19 and was with Don the entire time at his bedside.

Don was eventually moved into ICU and died on March 19.

But the journey home got complicated for both Christine and for Don’s remains. She managed to get out of the country just as the virus was forcing countries to close borders and in the meantime opted to have Don’s body cremated.

But, then she says, things got bizarre.

“He stayed at the mortuary for almost a month before he was moved to the fleet post office in Rota, Spain,” she said.

Don served his country in Vietnam in the Air Force and then made police work his career, serving in federal law enforcement in Wisconsin, Christine said.

So she opted to have his remains handled with military tradition and honors.

“All I know is that it’s a box about the size of 18 inches tall marked on three sides with orange tape. I don’t know if it's cardboard or wooden. I don’t know,” she said.

And it was handled properly, up until the point Don’s cremains landed back in the United States.

“From Dulles, he went to Chicago and from Chicago we have no idea where he’s at,” she said. “It’s bizarre and we just need him home. I mean he’s a veteran, he needs to be buried with some respect and some dignity.”

So now, instead of taking the time to mourn the loss of her husband, Christine has been instead seeking documents, writing a timeline of events and searching for his remains.

Unfortunately, she isn’t getting much help.

She says a military postmaster in Chicago has been assigned to her case and that the offices of both of Montana's U.S senator, Jon Tester and Steve Daines, have been contacted. But still no solution.

Christine also even has reached out for legal help, but so far has been turned away because she says the firms have deemed her case “too complicated” to get involved with.

Still, she says she has a memorial service to plan with or without her husband’s remains.