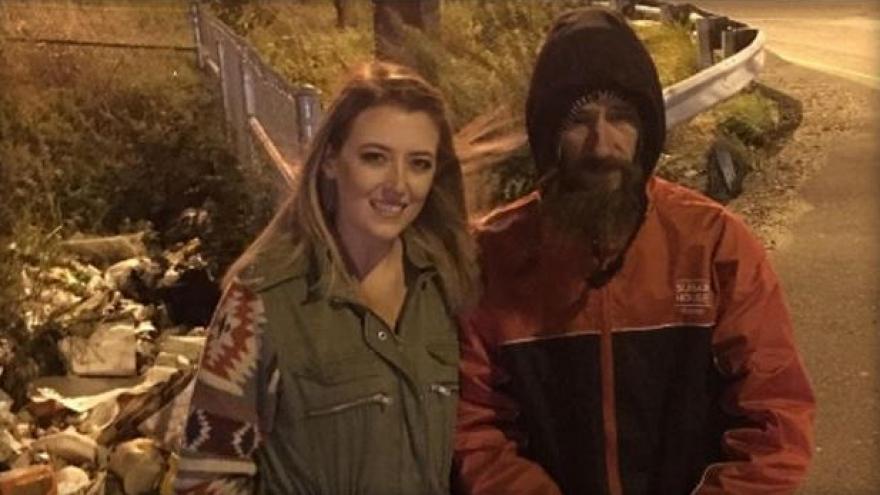 PHILADELPHIA (AP) — A New Jersey woman who was helped by a homeless man after she ran out of gas on an interstate in Philadelphia has so far raised more than $225,000 for the good Samaritan.

Kate McClure, 27, started the Gofundme.com campaign earlier this month after she said she ran out of gas on Interstate 95 and a homeless man, Johnny Bobbitt Jr., walked a few blocks and bought her some with his last $20.

McClure said she didn't have any money to repay him at the time but returned to the road several times to give him cash, clothes, and food.

After a few visits, she started the fundraiser with the hopes of using the money toward housing and other expenses for the 34-year-old Bobbitt.

"I wish that I could do more for this selfless man, who went out of his way just to help me that day," she wrote on the fundraising page. "Truly believe that all Johnny needs is one little break. Hopefully, with your help, I can be the one to give it to him."

Donations have poured in, and the fundraiser has shattered its goal of raising $10,000 for Bobbitt. About 2,000 people had given to the campaign by Wednesday evening.