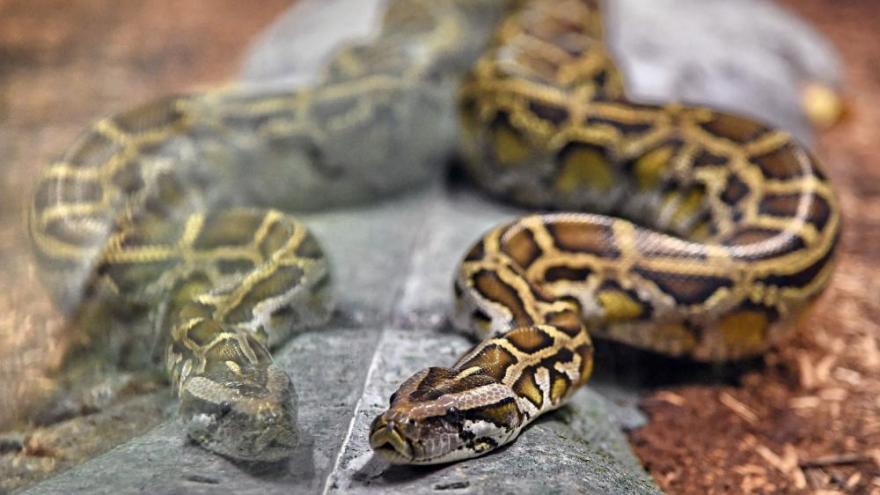 A woman was found dead yesterday with an 8-foot python snake wrapped around her neck, according to Indiana State Police.

The snake was a reticulated python, which is native to southeast Asia and is considered to be the longest snake in the world.

Medics arrived and attempted life-saving measures on her but were unsuccessful. Authorities said an autopsy found Hurt died due to strangulation by a snake.

Indiana State Police say there were 140 snakes at the property, and that approximately 20 of the snakes belonged to Hurst. According to police, Hurst frequented the property "about twice a week."

Attorney Marcel Katz was representing Hurst in her divorce and said the snakes were a factor in negotiations of dividing property.

Hurst was a "really nice person" who had a passion for snakes, the attorney said.

The home is owned by Benton County Sheriff Donald Munson, according to property records. Munson did not return a CNN call for comment Thursday afternoon.

Munson told the Lafayette Journal & Courier that Hurst's death was a "tragic accident" and that he was "being fully cooperative with everybody."

State Police Sgt. Kim Riley told CNN that no one lives in the home and that it had been renovated and set up specifically for the collection of snakes.

He said that Hurst was "apparently there checking on her snakes. For whatever reason, she apparently got the snake out and she was doing what people do with snakes."