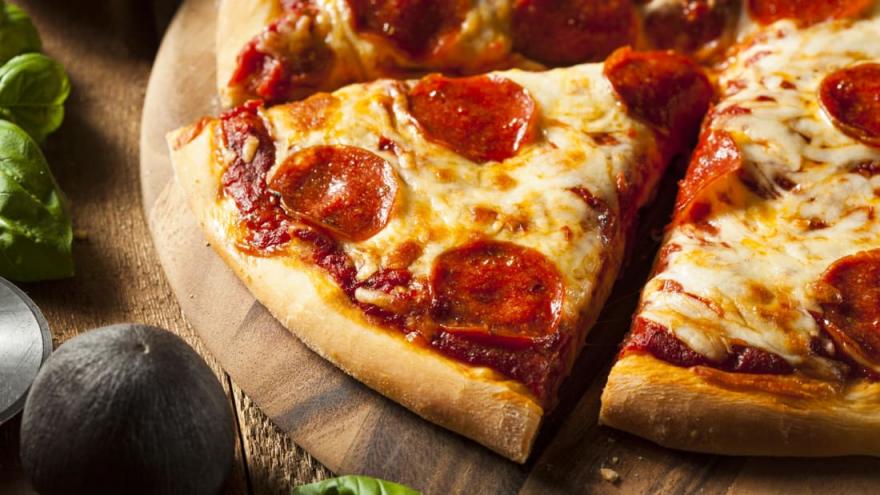 (CNN) -- Tim TenEyck, a 911 dispatcher in Oregon, Ohio, has answered a lot of 911 calls in his 14 years on the job. When he first got a call on the evening of November 13 asking to order a pizza, he figured someone dialed the wrong number. But he soon realized the woman on the phone was asking for help in this suburb east of Toledo.

The woman insisted and gave her apartment number. TenEyck stated that it was the wrong number to order a pizza from, but the woman said "No, you're not understanding." It then clicked for him that there was something more serious going on.

Through TenEyck's questioning, he realized it was an incident of alleged domestic violence.

"This code is not a code that automatically means something," said TenEyck.

While he asked her yes or no questions, she answered with "Yup. I need a large pizza" and "No. With pepperoni." After he was done with his initial intake, he asked if she could stay on the phone, but she declined. When he dispatched police, he made sure they understood that this was an alleged situation of domestic violence.

"Alright, turn your sirens off before you get there," TenEyck said in the dispatch call to police. "Caller ordered a pizza, and agreed with everything I said. There's domestic violence going on."

According to the Oregon Police Department, a 38-year-old woman called 911 when her mother's boyfriend, Simon Ray Lopez, came home intoxicated. He allegedly punched the caller's mother, 57, in the arm and pushed her around the house while yelling that he was going to hurt her.

Lopez, 56, was arrested on one count of "domestic violence knowingly cause or attempt to cause physical harm to family or household member," according to the police report. Lopez also was charged with one count of "failure to appear," the report said. A lawyer for Lopez could not be immediately identified.

TenEyck said he has never received a call using coded language like this before. But he could tell that she wasn't intoxicated, and her insistence that she called the right number indicated to him that she needed help.

TenEyck noted that since they are a small dispatch center, he was able to handle the call from start to finish and could accurately portray to the officers the seriousness of the situation.

"911 dispatchers handle these calls and don't get the recognition for their work," TenEyck said. "Someone else could've dropped this call, but this is nothing that any other dispatcher across the US couldn't have handled."