Woman at center of Veterans Affair sexual assault report: VA 'abandoned their responsibility to protect those who they serve' 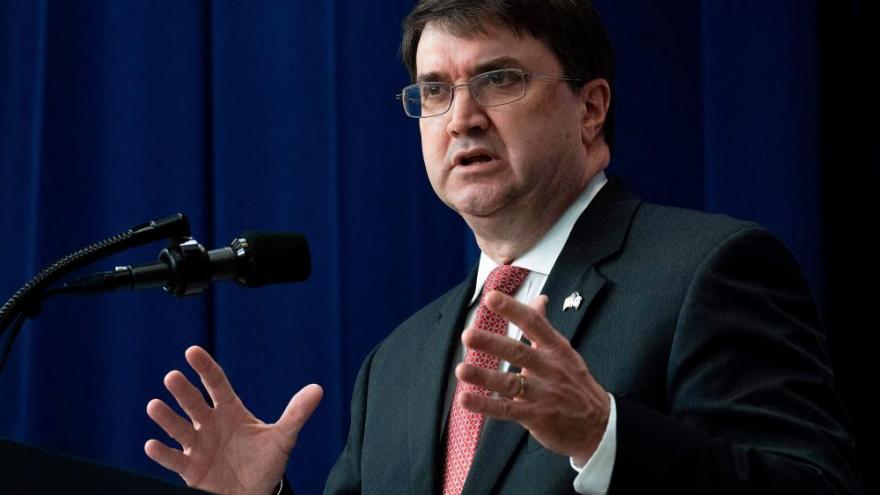 (CNN) -- A congressional staffer who alleged she had been sexually assaulted at a government-run veterans hospital said Wednesday that the department was actively turning a blind eye to issues of sexual assault.

"VA is fully aware," said Andrea Goldstein, the staffer and a lieutenant commander in the US Navy reserve, when asked in an interview with CNN's Jake Tapper on "The Lead" whether the department was cognizant of the prevalence of assault and harassment within the military and veterans hospitals.

"It should be enough thaot women are saying that I am experiencing this, and that VA responds, but VA has the data and has not adequately responded," she said, adding that "VA is aware of this and has been aware for many years, but has abandoned their responsibility to protect those who they serve."

Missal launched his review in February following a request to investigate allegations that Wilkie had sought "damaging information" on Goldstein and reviewed claims that Wilkie attempted to discredit her after she reported a sexual assault at a VA facility in Washington.

Prosecutors did not think there was enough evidence to prompt charges, two federal officials told the Post, but Missal's communication underscores the gravity of the probe.

Wilkie told the Post in a statement, "After nearly a year of investigation, interviews with 65 people and analysis of nearly 1.5 million documents, VA's inspector general cannot substantiate that I sought to investigate or asked others to investigate the Veteran. That's because these allegations are false."

Goldstein on Wednesday assailed the VA for its seeming inability to properly respond to her assault.

"The day that it happened, I had to make a report to multiple employees at VA, including some who saw the event happen, before police were called -- which indicated that VA already was not well equipped to handle this issue that they were already aware of," she said adding that, "the VA leadership chose to investigate me."

When asked for comment, VA press secretary Christina Noel directed CNN to the inspector general's report, and specifically the line stating that "The OIG Cannot Substantiate that Secretary Wilkie Investigated or Asked Others to Investigate the Veteran."

The allegations mark yet another controversy marring Wilkie's tenure since he assumed the role in the summer of 2018. In October, top Democrats on the House and Senate Veterans Affairs committees accused Wilkie of possibly misusing taxpayer funds to benefit President Donald Trump's campaign -- a charge the VA denied. And CNN's KFile reported in 2018 that Wilkie had praised Confederate States President Jefferson Davis effusively in a 1995 speech, calling him a "martyr to 'The Lost Cause'" and an "exceptional man in an exceptional age."

Earlier Wednesday, six major veterans groups sent a letter to Trump calling for Wilkie to be removed from his post in light of the inspector general's findings.

When asked whether she agreed with the groups' call for Wilkie's firing, Goldstein said, "I think that the veteran service organizations are really those that we should look to, to speak on behalf of our nation's veterans."

"It is not about me," she added. "This is about creating a safe and welcoming environment for women veterans, for survivors of sexual trauma, and other veterans who feel marginalized."