WNBA legend Sue Bird to retire after this season 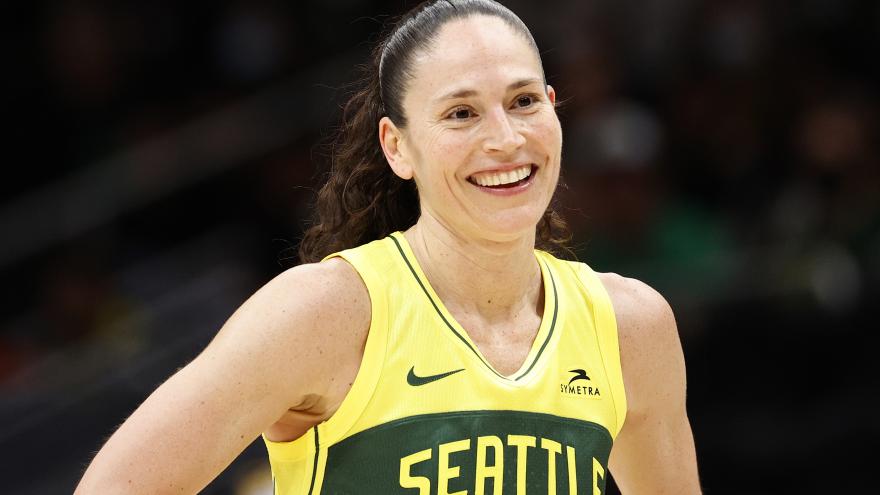 (CNN) -- Sue Bird, one of the winningest basketball players ever, will retire from the WNBA after this season, the Seattle Storm guard announced Thursday.

Bird, the league's career assists leader broke the official news on social media, writing, "I have loved every single minute, and still do, so gonna play my last year, just like this little girl played her first."

The 2002 No. 1 overall pick, Bird has played her entire career with the Storm, where she has won four championships to go along with five selections to the All-WNBA first team and a record 12 All-Star Game appearances.

Bird has won championships at every level, notably a record-tying five Olympic basketball golds with Team USA. She also was on four World Cup winning teams and multiple title-winning teams in Russia's professional league and the EuroLeague. In college, she won two NCAA championships at the University of Connecticut. According to the WNBA website, she also won a national title at Christ The King High School in New York.

Teammate Reshanda Gray tweeted: "Thank you for paving the way!! You truly will be missed. I'm forever graytful! @S10Bird."

Bird, 41, told reporters that she feels like she has played as long as she can at a very high level physically and mentally.

She said she looks forward to things that basketball seasons keeps a player from, pointing out she won't have to set an alarm for early morning workouts and she can take real vacations without an eye on the next year. But she will miss the "grind" moments -- hard practices and a difficult travel schedule -- because "you're still doing it with a team," she added.

Her hope, Bird said, is to find something that fulfills her in that way but she knows it will be hard to replace things that are part of life as a pro athlete. She alluded to an ESPN show she did with Diana Taurasi during the Final Four, saying cheekily, "Maybe that becomes a thing."

When asked whether the announcement made for a happy or sad day, she said it was a combination.

"Not a lot of people do something for their entire lives the way that athletes do," she said, pointing out it was the end of a sporting life that began when she was 5 or 6. She looks forward to retirement, saying she was excited and, "I get to start this new life."

Bird is leading the Storm this season in assists (6.6 per game) and is expected to be back on the court Friday when Seattle faces the Connecticut Sun on the road. On Sunday, the Storm visit the Liberty, which will be Bird's last game in her hometown of New York.