With Trump a no-show, Mar-a-Lago guests left to party maskless with Rudy Giuliani and Vanilla Ice 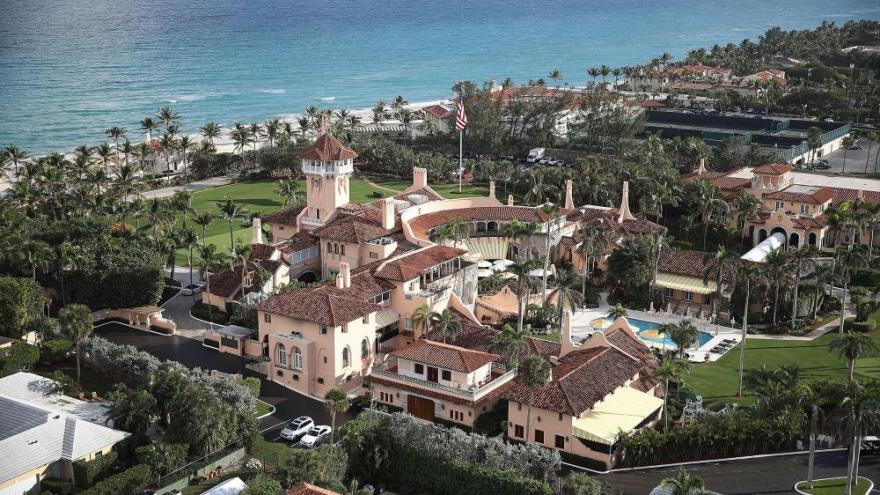 Guests who paid four-figures for tickets to President Donald Trump's annual New Year's Eve party were left to party with his personal attorney Rudy Giuliani, his two adult sons and various figures from the conservative media after the President made a last-minute decision to ditch the event and return to Washington.

(CNN) -- Guests who paid four-figures for tickets to President Donald Trump's annual New Year's Eve party were left to party with his personal attorney Rudy Giuliani, his two adult sons and various figures from the conservative media — none of whom wore masks — after the President made a last-minute decision to ditch the event and return to Washington.

No official explanation for the President's early departure from Mar-a-Lago was given, though he remains consumed with efforts to overturn the election results and tensions are ratcheting up in the Persian Gulf ahead of the one-year anniversary of the US killing of Iran's top general.

Without the President as the centerpiece, the wattage of Thursday evening's party was somewhat dimmer. Performers whose heyday came decades ago -- Vanilla Ice and Berlin -- performed from the ballroom's main stage. Guests angled for selfies with Giuliani, who was wearing a blue velvet tuxedo jacket, and Fox News host Judge Jeanine Pirro, along with personalities from the right-wing television network OANN.

Instead of their father, Donald Trump Jr. and Eric Trump mingled among the guests with their respective significant others, Kimberly Guilfoyle and Lara Trump. Tiffany Trump also attended, though Ivanka Trump and Jared Kushner were not seen.

Tables set for 10 people, with no social distancing, were clustered in the ballroom with white floral arrangements and candles encased in a sculpture meant to look like the New Year's Eve ball. The menu consisted of "Mr. Trump's Wedge Salad" -- the club has kept "Mr. Trump" instead of "President Trump" on the dish -- cheese tortellini and Wagyu beef.

Many guests and entertainers were left disappointed upon learning from CNN late Wednesday that Trump would be leaving Florida early. Ticket prices for the New Year's Eve gala have steadily increased since Trump took office, and reached up to $1,000 this year, a person familiar with the matter said.

Bookings for the party increased when it was clear Trump would travel to Florida for the holidays after skipping his traditional visit for Thanksgiving. Guests and performers initially were hesitant to commit to the event without knowing whether the President would show up.

As many as 500 tickets were sold for this year's event, which is somewhat less — but not much — than in years past. The Donald J. Trump Ballroom at Mar-a-Lago has a capacity of 700.

The President had been expected to attend as late as Wednesday. But by the evening, word had emerged that he and the first lady would be departing early the next day. Trump remained largely out of sight at his club during his stay as he fixated on the election results and the January 6 effort to delay certification of President-elect Joe Biden's victory.

That left the party without its usual centerpiece: a speech from the President and a chance to glimpse the first lady.

Like other gatherings at Mar-a-Lago this year, almost no guests wore masks.

That provided a bookend to the start of the pandemic, when a similarly maskless birthday party for Guilfoyle held in the Mar-a-Lago ballroom proved to be an early spreading event.