With no tourists around, animals at Yosemite are 'having a party' 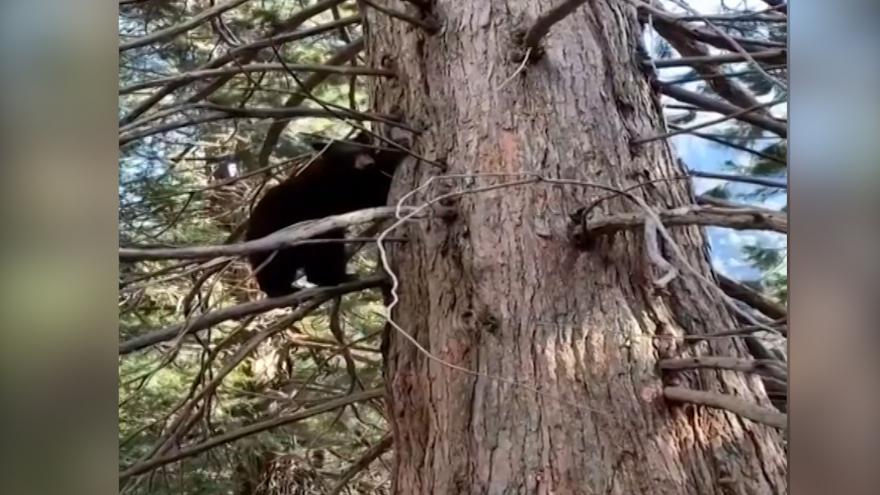 (CNN) -- Being cooped up at home is no fun for humans, but bears are making the most of the extra space at California's shuttered Yosemite National Park.

"The bears are just literally walking down the road to get to where they need to go," Ranger Katie Patrick said during a Facebook Live event on Sunday. She is a wildlife biologist who has worked with black bears in Yosemite since 2007.

"For the most part, I think they're having a party," she said in response to questions about what the animals have been doing since Yosemite closed on March 20.

Normally this time of year is difficult for animals at Yosemite because there can be "literally walls of cars, stop-and-go traffic or people in the park," especially in the sort of "urban" Yosemite Valley area.

Katie Patrick, known as Ranger Katie, works with the Human Bear Management Program, mitigating conflicts that arise when you have humans and bears so close together.

"The goal of my position is to have as wild of bears as possible in this park," she said during her presentation from Cook's Meadow in Yosemite Valley.

For visitors, that means storing food properly and staying more than 50 yards away from bears.

Yosemite is the fifth most popular of the National Park Service's 62 headliner parks. Some 4.4 million people visited the park in 2019.

Bears out and about

Yosemite is home to about 300 to 500 black bears, according to a Yosemite National Park post on Twitter.

"Though there hasn't been an increase in their population since the park closure," the post said, "bears have been seen more frequently than usual."

During the talk on Sunday, Ranger Katie demonstrated some of the equipment used to tag and track bears that seem too habituated to humans. Less than 1% of the bears in the park are tagged, she said.

One viewer on Facebook asked whether visitors have ever been "eaten" by bears at Yosemite.

Fortunately not: No human deaths by black bears have ever been recorded there, park officials posted.

"However, bites and swats by bears have occurred. In most of these cases, humans were too close to bears and the bears reacted to protect themselves," Yosemite said in the response, with a link about how to behave around bears in the park.

While Yosemite is about the size of Rhode Island, much of the human visitation is concentrated in areas such as Yosemite Valley, which is also a great habitat for bears, Ranger Katie said.

Black bears move around quite a bit every spring foraging for food, Yosemite officials posted during the event, but with fewer people around "bears also seem to be a little more relaxed when they are out in the open, possibly because it is much quieter in the park right now."

There's no estimated reopening date for Yosemite yet, park officials said in the Facebook comments.