With more Covid-19 booster shots on the horizon, one expert says mixing and matching doses may be an effective approach 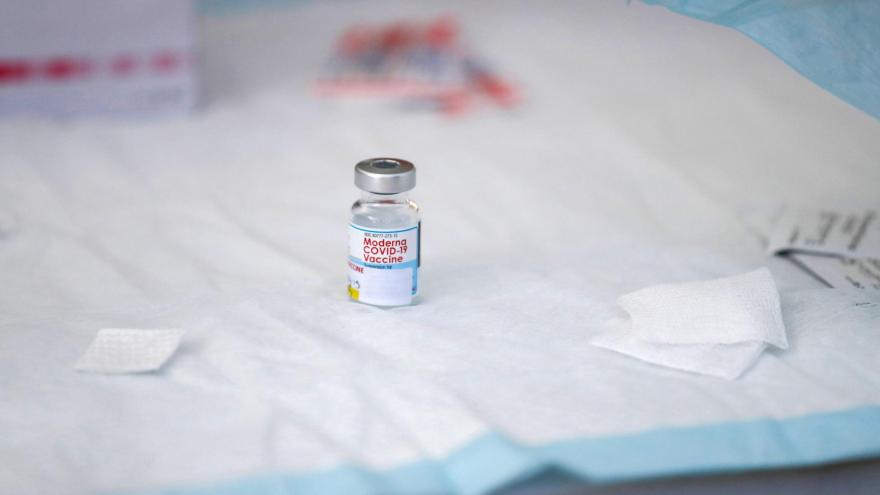 (CNN) -- Amid the growing prospect of more Covid-19 booster shots becoming available, an expert has suggested that some people could receive a dose of a different vaccine from the one they initially received.

"I hope that when the FDA and CDC review data around Moderna and Johnson & Johnson that they will allow a mix-and-match approach," CNN medical analyst Dr. Leana Wen said Friday.

Vaccine advisers for the US Food and Drug Administration will meet October 14 and 15 to discuss applications for booster doses from Moderna and J&J's vaccine arm Janssen. And on October 20 and 21, vaccine experts with the US Centers for Disease Control and Prevention are slated to discuss the same course of action.

A Pfizer booster shot received emergency use authorization in late September for people 65 and older, people at high risk of severe disease and people whose jobs put them at risk of infection.

Wen, also the former health commissioner for the city of Baltimore, said allowing the mix-and-match option is more convenient to those who initially received the Pfizer or Moderna vaccines in the event either booster shot isn't available where they go for their shot.

"The mRNA vaccines really should be interchangeable," she said.

But Wen cautioned that people who received the J&J vaccine may need to consider the risks associated with taking its booster dose.

"The mix-and-match study in which you look at Moderna as the boost against the other three, those data are now available," Fauci had said at a White House Covid-19 briefing.

The data has not yet been published or submitted to the FDA.

Plus, certain people who are immune-compromised can get a third dose, although it's not technically considered a booster because it's likely they did not fully respond to the first two doses.

Overall infections are down, but experts warn against complacency

Still, experts caution that the primary public health focus must remain on getting initial vaccine shots into the arms of the millions of Americans who aren't vaccinated at all.

Coroanvirus cases and hospitalizations, after jumping in the early summer as the highly contagious Delta variant took hold, have been dropping in recent weeks.

The country averaged 95,917 new cases a day over a week ending Friday -- down 44% from a peak average in the Delta-driven wave reached in mid-September, according to Johns Hopkins University data.

The number of Covid-19 patients in US hospitals -- 67,321 as of Friday -- is down 35% from a Delta-wave peak reached in September, according to the Department of Health and Human Services.

But experts, including Wen and US Surgeon General Dr. Vivek Murthy, are warning against complacency as there are still areas showing upward trends in deaths and hospitalizations.

"We're thankfully seeing cases and hospitalizations come down, but it's not a reason for us to take our foot off the accelerator or to relax our guards," Murthy said earlier this week.

In Alabama, infections have decreased in recent weeks, but people are still dying from the disease at high rates, a top state health official said Friday.

"Very thankfully, we've had declines in our number of hospitalizations. ... We're down to just over 1,000 in-patients in the state," State Health Officer Dr. Scott Harris said. He acknowledged that the number was still high, "but it's about two-thirds less than we were seeing a month or so ago."

He added: "We have not really seen a change in the number of deaths, unfortunately."

And Pennsylvania reported the highest number of Covid-19 hospitalizations since February, a spokesperson for the state's health department said. Of the 3,001 people in hospitals with the virus, 680 were in intensive care units Thursday, officials said.

Meanwhile, Black and brown communities have been bearing the brunt of the Covid-19 pandemic. Racial and ethnic minority groups had higher rates of hospitalization for Covid-19 and sought emergency department care for Covid-19 more when compared to White people, according to CDC studies published in April.

A new analysis published Friday by the Kaiser Family Foundation shows the difference in Covid-19 cases and deaths between Black, Hispanic and White people is narrowing.

KFF researchers found that while disparities are still present across different racial groups, the gap is improving for Black and Hispanic people, based on an analysis of case and death data from CDC last month. But Covid-19 infections remain high in American Indian and Alaska Native people.

Meanwhile, a report from the CDC on Thursday showed that children from racial and ethnic minorities were far more likely to lose a parent or grandparent who takes care of them.