With her newborn in intensive care, this Good Samaritan mom rescued a trucker from a highway blaze 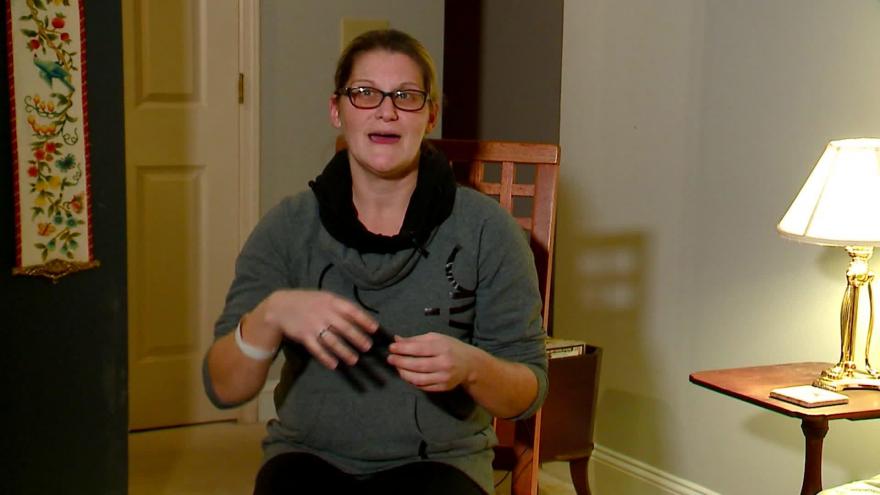 Holly McNally says, "I'm just a stay-at-home mommy." But she teamed up with a fellow Good Samaritan to save the driver of the semi.

(CNN) -- To say that Holly McNally had a crazy week might be an understatement.

On Monday, the Indianapolis woman, 35, gave birth to her fourth child. She was released from the hospital, but the baby had to remain in a neonatal intensive care unit until his expected discharge Monday.

Then Thursday afternoon, McNally was on her way home from visiting the newborn when she and her mother spotted smoke billowing from a ramp off Interstate 70, east of the city. After taking a closer look, McNally could see it was an overturned tanker truck that had exploded.

What followed was a dramatic rescue with McNally teaming up with a fellow Good Samaritan to save the driver of the semi. She says she and her fellow rescuer covered the injured driver with a blanket to extinguish the flames on his body. As the three staggered away from the inferno, they felt a second explosion, which was captured on camera by passing drivers.

"We could feel the backdraft of the fire hit us and push us," described McNally, who said the driver told her he was hauling jet fuel.

"I told myself, God if something happens to me, please just remember that I was trying to help somebody. Please let me go to heaven."

Paramedics and Indiana State Police arrived to assist and rushed the driver to a hospital where he was listed in critical condition Friday morning.

The Indianapolis Fire Department said the truck, carrying 4,000 gallons of jet fuel, hit a guardrail and overturned before catching fire.

A day after the rescue, McNally said she's no hero. "I'm just a stay-at-home mommy."

According to McNally, it was simply her maternal instinct kicking in when she saw the driver in trouble.

"I brought another life into this world that I could see grow, flourish, and be happy and live -- and that's somebody's baby," she said.

"He may be my age, but there's another mom out there and another family with people that love him like I love my kids. And if that were my son, I would want somebody to do the same if they could."

McNally is looking forward to telling her baby, Connor, about the rescue someday. For now, it has left a big impression on her three older children, ages 8, 11 and 15.

She recalled her oldest telling her she was in "beast mode" during the rescue.