With Congress stalled, a second round of stimulus checks won't be coming anytime soon 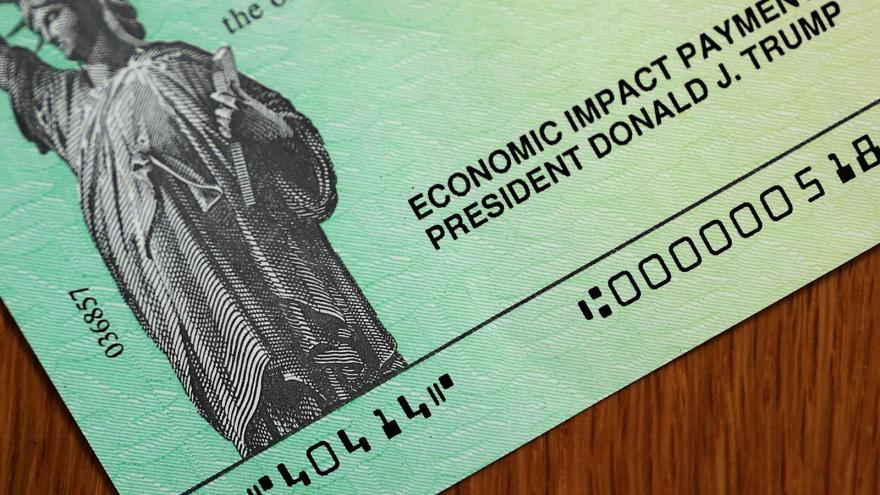 U.S. President Donald Trump's name appears on the coronavirus economic assistance checks that were sent to citizens across the country on April 29, 2020.

While there's bipartisan support for a second round of direct payments, negotiators have walked away from talks without a deal, and most lawmakers have now returned to their home states.

In the meantime, the economy is showing few signs of recovering from the pandemic. Thirty million people are collecting unemployment, consumer spending is down 8% from January and the number of open small businesses has fallen 18%. The unemployment rate remains higher than at any time during the Great Recession.

While President Donald Trump signed executive actions over the weekend in an attempt to go around Congress to deliver some aid to Americans, stimulus payments are beyond what he can unilaterally approve.

But administration officials previously said they would back a second round of stimulus payments. About 160 million people received the money during the first round, which was provided for by Congress when it passed the CARES Act in March. It cost about $270 billion.

It's not clear what a second round of payments would look like. The Republican-backed proposal would keep the parameters largely the same as the first round. The payments would again be up to $1,200 for individuals and $2,400 for families and would scale down for higher-income Americans. They would phase out altogether for individuals earning more than $99,000 annually and joint filers with no children making more than $198,000.

Families would again receive $500 per child, and Republicans have proposed making dependents older than 17 eligible this time around.

The Democrats are proposing to send out bigger checks. Their bill, which has already passed the House, calls for $1,200 per family member, and maxes out at $6,000 per household. It would also make taxpaying immigrants and their families eligible regardless of their legal status. Only immigrants with Social Security numbers received the first round of money. The phase-out thresholds would remain the same.

It could take weeks for the money to go out again after Congress authorizes the program. Last time, a majority of the payments -- most of them delivered via direct deposit -- went out within two months after the bill passed, though some people could still be waiting for the cash. Millions of low-income Americans are at risk of missing out altogether because they don't usually file taxes.

The direct payments were effective at getting money into people's pockets quickly. Combined with the boosted unemployment insurance benefit, the aid more than offset the decline in earnings and, in fact, led to a decline in poverty, according to a report from researchers at the University of Chicago and University of Notre Dame.

But some economists say a targeted approach would be more effective, making sure the aid gets to those who need it the most. Altogether, Congress has already authorized spending more than $3 trillion on the economic recovery.