With an eye on a tight Florida race, Trump announces new restrictions on Cuban hotels, cigars and rum 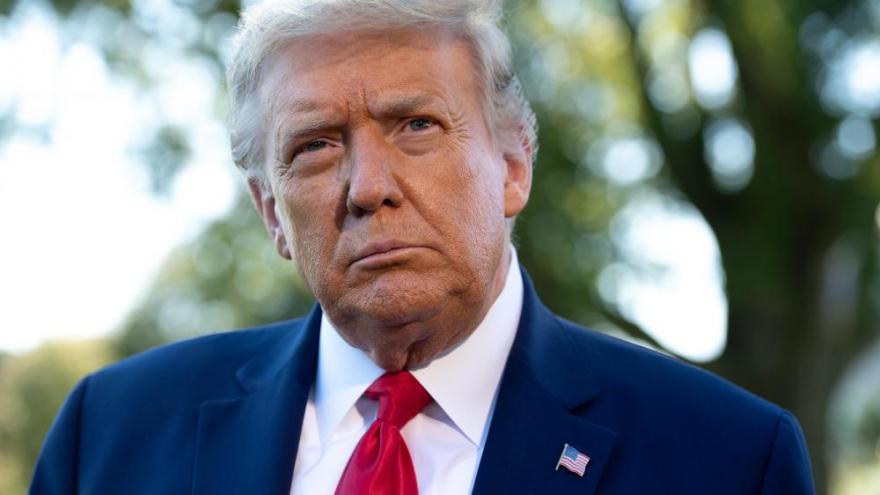 President Donald Trump on Wednesday announced a new series of economic sanctions on Cuba that ban US citizens from buying Cuban cigars as well as rum and staying at Cuban government-owned hotels on the communist-run island.

(CNN) -- President Donald Trump on Wednesday announced a new series of economic sanctions on Cuba that ban US citizens from buying Cuban cigars as well as rum and staying at Cuban government-owned hotels on the communist-run island.

"Today, as part of our continuing fight against communist oppression, I am announcing that the Treasury Department will prohibit US travelers from staying at properties owned by the Cuban government," Trump said at a White House event honoring Bay of Pigs veterans. "We're also further restricting the importation of Cuban alcohol and Cuban tobacco."

"These actions will ensure that US dollars do not fund the Cuban regime and go directly to the Cuban people," the President asserted.

The announcement seemed to be a clear attempt to appeal to Cuban-American voters in Florida, which is seen by many analysts as a must-win state for Trump if he is to be reelected in November.

On Wednesday, a new ABC News/Washington Post poll had Trump at 51% over Democratic nominee former Vice President Joe Biden 47% among likely voters in the state, a result within the margin of error.

Last year the State Department provided a list of restricted entities, including hotels, that the US said are "under the control of, or acting for or on behalf of, the Cuban military, intelligence, or security services or personnel with which direct financial transactions would disproportionately benefit such services or personnel at the expense of the Cuban people or private enterprise in Cuba."

The increased sanctions further chip away at the warming of relations enacted by the Obama administration with Cuba, one of former President Barack Obama's signature foreign policy initiatives.

During his announcement of the Cuba restrictions, the President also said, "We're also imposing strict sanctions on the dictatorships of Nicaragua and Venezuela. We brought criminal charges against Maduro for his narcoterrorism." It's not clear whether Trump was announcing additional sanctions against the two countries or highlighting previous administration moves.

In a conference call with reporters, Deputy Assistant Secretary of State for Cuba and Venezuela Carrie Filipetti said the new measures were designed to encourage Americans legally visiting Cuba to stay in small bed and breakfasts run by regular Cuban citizens rather than government-run hotels.

"These are some of the ordinary Cubans the administration's policies seek to lift up," she said.

The Trump administration had identified 433 hotels and properties that Americans will no longer be able to stay at in Cuba, Filipetti said.

Filipetti denied the new sanctions announced so close to the November election had anything to do with currying favor with conservative Cuban-American voters.

"There is no nexus to any domestic issue," she said.

The announcement is unlikely to have an immediate impact on Cuba's economy as the Cuban government closed borders nearly six months ago and all commercial flights from the US have been suspended as a result of the coronavirus outbreak.

Carlos Fernandez de Cossio, Cuba's top diplomat for US affairs, blasted the sanctions, writing on Twitter, "Shocked and disappointed by the strength of the revolution despite its brutal economic war, the US government has adopted new aggressive measures that will restrict even more the rights of US citizens."