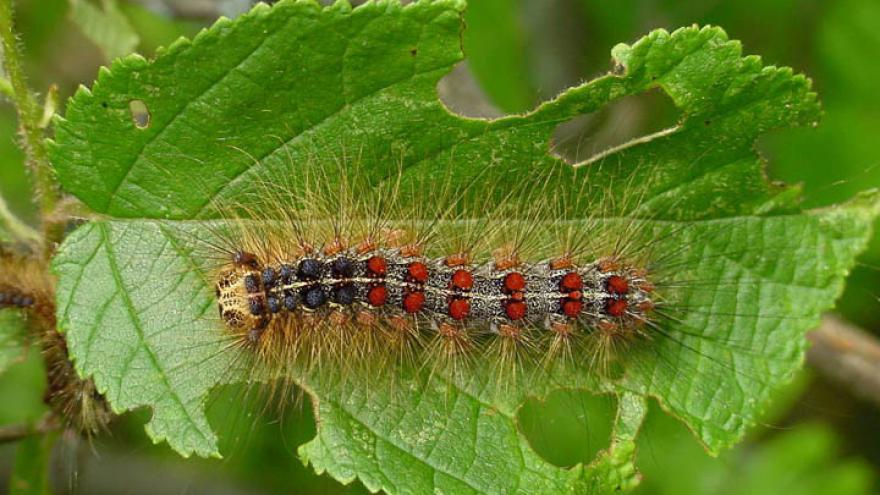 MADISON, Wis. (AP) — Wisconsin is reducing its efforts to slow the spread of the leaf-eating gypsy moth by preparing to end a program that helps fight localized outbreaks in already infested parts of the state.

The state Department of Natural Resources is ending the aerial pesticide spraying program because of a decline in requests from local communities and because of growing private-sector alternatives to federally subsidized spraying. The program was available in 50 infested eastern counties, the Wisconsin State Journal reported.

The department doesn't specify when the program would end but said the state could continue the program to suppress gypsy moths on state land.

"We expect that business opportunities for local aerial applicators and arborists may increase with the deactivation of the state gypsy moth suppression program," the department said.

Ending the gypsy moth program will also allow the department concentrate more resources on other problems such as the emerald ash borer, said Andrea Diss-Torrance of the department.

Gilson said an average of 176,000 acres in western Wisconsin had been treated annually between 2005 and 2017. The state is proposing fewer than 87,000 acres next year.

The caterpillars can defoliate, weaken and kill more than 300 different species of trees and shrubs, according to the U.S. Department of Agriculture. More than 83 million acres have been defoliated by the moth in the U.S. since 1970.

The gypsy moth is established in 19 states and Washington, D.C. Wisconsin is one of 10 states on the leading edge of the gypsy moth infestation, according to the USDA.