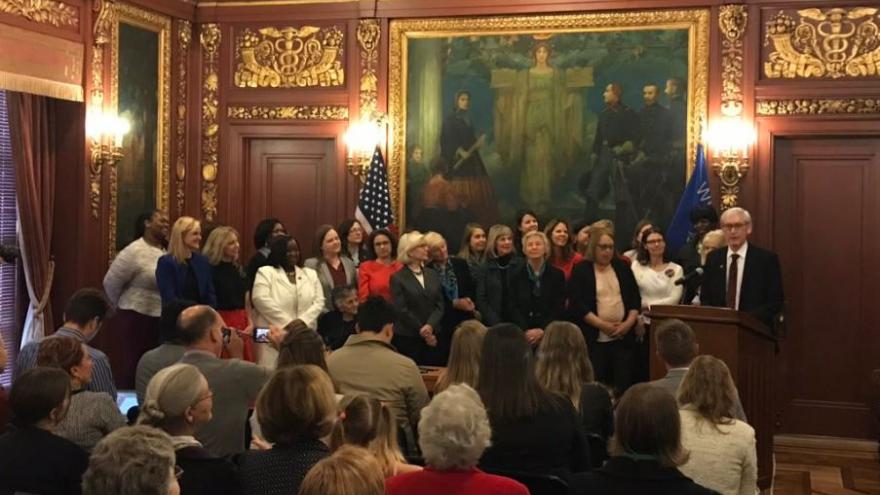 MADISON, Wis. (AP) — Some of the most powerful women in Wisconsin state government are coming together to celebrate the 100th anniversary of the state's ratification of the 19th Amendment.

Wisconsin was the first state in the country to ratify the amendment, which gave women the right to vote. The state approved it in June 1919 and the 36th state ratified it more than a year later making it law.

Many of them joined with Evers for the proclamation signing.