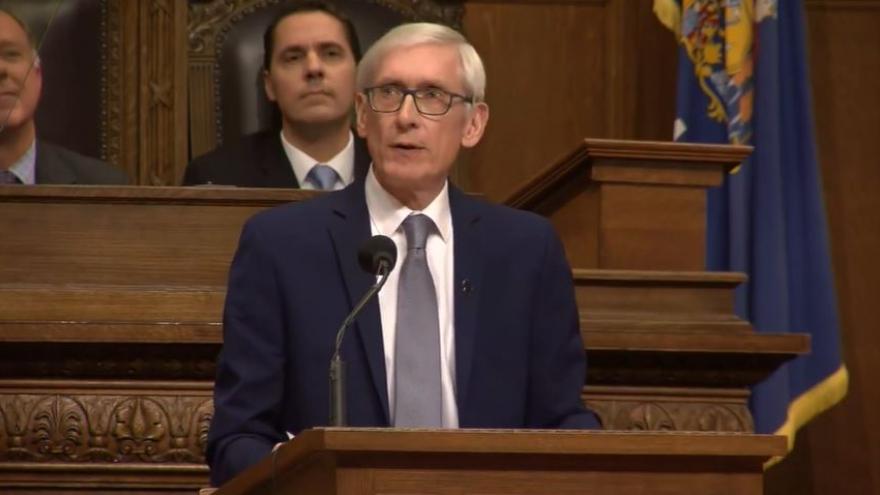 MADISON, Wis. (AP) — Democratic Gov. Tony Evers’ plan to create a nonpartisan redistricting commission to draw Wisconsin’s electoral maps may put pressure on the Republicans who control the Legislature to consider an alternative plan, but it won’t force them to do anything differently next year and GOP leaders made clear they won’t change course.

The legal fight over Republican-drawn maps in Wisconsin in 2011 was one of the key gerrymandering cases that went to the U.S. Supreme Court. The court refused to hear the lawsuit, resulting in the current maps remaining in place despite Democrats’ claim that they unfairly favor Republicans.

The Supreme Court later ruled last year in similar cases out of North Carolina and Maryland, shutting the door in federal court on gerrymandering arguments by essentially saying that states are free to draw electoral borders as they please. State courts can still handle gerrymandering cases.

Evers was part of a Democratic sweep of statewide offices in 2018, even as Republicans maintained their majority of seats in the state Assembly and Senate and won five of eight congressional seats. That only increased the argument from Democrats that the maps were illegally drawn to benefit Republicans.

Democrats have tried in vain to have the Legislature change the redistricting process and create a nonpartisan commission. Republicans show no signs of budging, dismissing the proposal Evers’ laid out in Wednesday’s State of the State speech as political trickery.

“He can form whatever kind of fake, phony, partisan process he wants to create, but I have no doubt in the end we will do it the way we have always have, which is to follow the constitution,” Republican Assembly Speaker Robin Vos said.

Under the state constitution, the Legislature is charged with redrawing the maps every decade the year after the census is completed. The governor then has the power to approve the maps or veto them. Evers’ creation of the commission wouldn’t change that.

Those who want a nonpartisan commission to draw the maps say the Evers plan would shed more light on the process and hopefully force Republicans to consider more balanced alternatives.

“It gives the public something to measure any result the Legislature comes up with,” said Sachin Chheda, chairman of the Wisconsin Fair Maps Coalition and director of the Fair Elections Project. “The comparison can be made that is real and substantive. ... Do I think there’s some publicity value? Sure. Publicity is good. Sunlight is good and meaningful to this process.”

The maps created by the commission would provide a contrast to whatever Republicans create and could be used as evidence for any legal challenges to the GOP-drawn boundaries, he said.

The plan drew praise from Eric Holder, the former U.S. attorney general who served under President Barack Obama and who now works to enact nonpartisan redistricting across the country.

“The people of Wisconsin have the ability to make this fair proposal an effective one and blunt the absolutely certain attempts at gerrymandering Republicans will engage in,” he tweeted. “Do not underestimate the power of engaged citizens Wisconsin.

The next census begins in April and the Legislature will redraw the state’s maps next year, just as it did in 2011.

Evers and Democrats point to public opinion polls to argue that the public is on their side. A January 2019 Marquette University Law School poll that asked about redistricting showed that 72% of respondents supported having a nonpartisan commission draw the maps. Only 18% thought the Legislature should draw them.

Evers said the panel he’ll create will not include any elected officials, lobbyists or “high-paid consultants.”

Republicans have rejected past attempts to amend the constitution to create a nonpartisan redistricting process. But a current bill that would do so has five Republican co-sponsors, and Evers’ move will put pressure on more Republicans to sign on, Chheda said. Still, Republican leaders were dismissive.

“He will go through some kind of a Rube Goldberg process, we’re going to follow the constitution,” Vos said. “The constitution requires the Legislature to actually have a process. We will do that when the time is right. But Governor Evers, again, is trying to figure out a way to draw divisions in our state rather than bring people together by actually sitting at a table and working together.”

Republican Senate Majority Leader Scott Fitzgerald, who is running for Congress, had a similarly dim view of Evers’ plan.

“What he proposed tonight is unconstitutional,” Fitzgerald said. “I don’t know what he was thinking.”