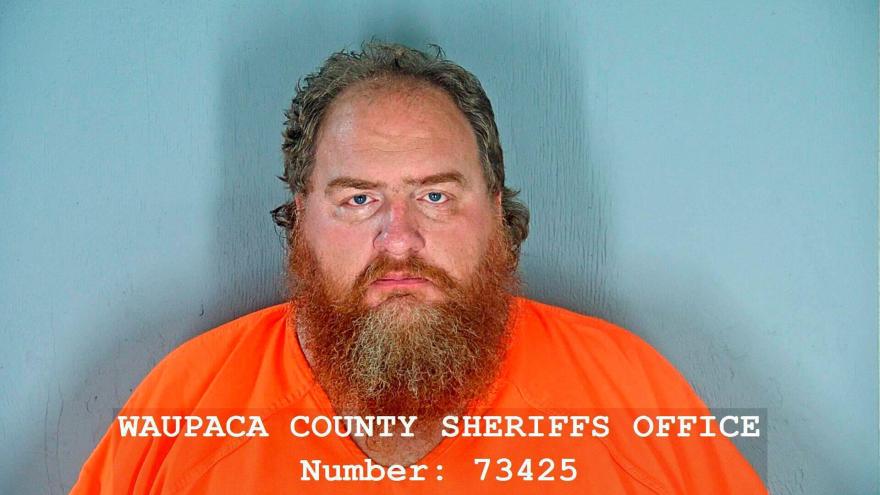 Tony Haase, 51, was charged in the 1992 killings of two people in Wisconsin.

(CNN) -- A Wisconsin man was arrested and charged in the 1992 killings of two people after his DNA was obtained during a traffic stop last month and matched evidence from the crime scene, according to a criminal complaint.

Tony G. Haase, 51, faces two counts of first-degree intentional homicide in connection to the killings of Timothy W. Mumbrue and Tanna M. Togstad on March 21, 1992, in Waupaca County, Wisconsin, according to the Wisconsin Department of Justice.

Investigators found "numerous print impressions" at the crime scene, some of which were left behind in the blood of the homicide victims. A sample was taken to the Wisconsin State Crime Laboratory in Madison for eventual forensic DNA analysis, according to the complaint.

Haase was approached by investigators at his workplace on August 11, more than a month after he gave authorities his DNA sample during a traffic stop on July 6, the complaint said.

The Wisconsin State Crime Laboratory found his DNA was "consistent with the profile previously detected from the bodily fluids recovered from the body of Togstad," according to the criminal complaint.

CNN has reached out to the Wisconsin State Public Defender's Office for comment.

During questioning, Haase identified a picture of Togstad and said their fathers had been friends, the complaint noted. He initially denied connection to the homicides.

However, he then told investigators that when he first saw a news report of the deaths in 1992, "he was afraid he was involved" and said he had "snippets/blurbs" of memories that he attributed to the murders through the years, the complaint stated. Haase was 21 years old at the time of the killings.

Investigators learned Haase's father was killed in a snowmobile crash when Haase was 7 and Togstad's father was also involved in the crash, according to the complaint.

Haase told investigators he was in a "drunken stupor" the night of the March 20, 1992, and started to think about the accident that killed his father, which led him to going to Togstad's home.

According to the complaint, Haase described getting into a "scuffle" with Mumbrue, during which he moved his arm in a stabbing motion toward Mumbrue's chest and Mumbrue fell to the floor.

Haase said he remembered Togstad yelling "what the f**k," after which he punched her in the face, knocking her out and then stabbed her in the chest when she "started to 'stir,'" the complaint says.

When asked why he didn't tell investigators right away, Haase replied, "I didn't want it to sound like I had it planned," and said he did not know why he did it, the complaint said.

Haase is being held in the Waupaca County Jail in lieu of $2 million bond.

During a preliminary hearing Tuesday, Haase asked for proceedings to be delayed because he is still in the process of hiring an attorney, CNN affiliate WLUK reported.

The court clerk's office confirmed to CNN that the preliminary hearing was continued without a plea.