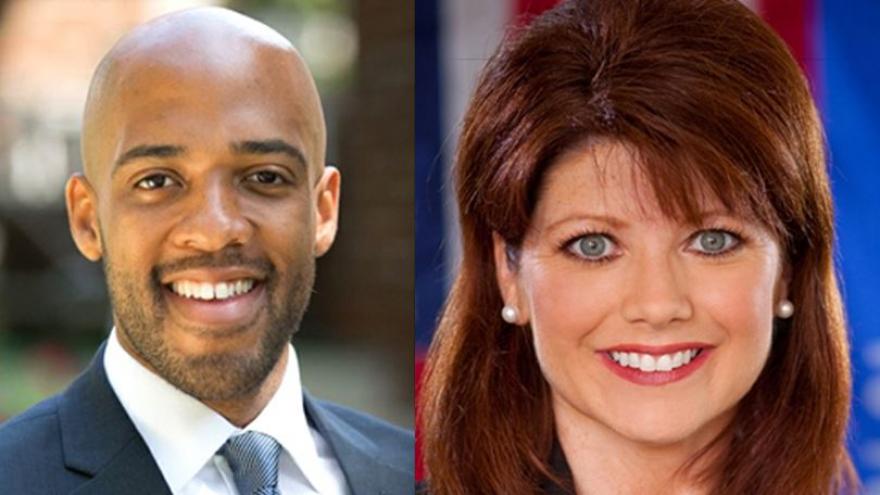 MADISON, Wis. (AP) — Republican Wisconsin Lt. Gov. Rebecca Kleefisch, in a rare retreat, apologized Tuesday to her Democratic opponent for repeatedly claiming — without evidence — that he knelt during the national anthem.

Mandela Barnes, the Democratic lieutenant governor candidate, repeatedly called the accusation a lie and said he has never knelt for the anthem. On Monday, Barnes, who is African-American, said it was "crazy" for Kleefisch, who is white, to continue making the claim.

Kleefisch, Gov. Scott Walker and a host of other officeholders and dignitaries were also at the ceremony. Kleefisch said she didn't see what Barnes was doing because her eyes were on the flag.

"I was told later that he kneeled briefly and I repeated what someone else told me," Kleefisch said on WTMJ radio Tuesday. "He has said that he didn't do it and I have to believe him and I have to apologize for repeating something I was told."

Barnes said he was ready to get beyond it.

"It's a statement that shouldn't have even been made in the first place," Barnes said of Kleefisch's accusation. "It's insane we actually got to this place but hopefully we can move on."

The issue first came up earlier this month when Walker tweeted that all NFL players should stand during the anthem. Walker retweeted a January message from Barnes where he posted, "Take a knee," in reaction to a story questioning whether President Donald Trump knew the words to the national anthem.

Barnes said he always stands during the anthem but supports those who decide not to. In one earlier tweet, Barnes was wearing a jersey of Colin Kaepernick, the former NFL player who knelt two seasons ago during the national anthem to protest police brutality and racial inequality.