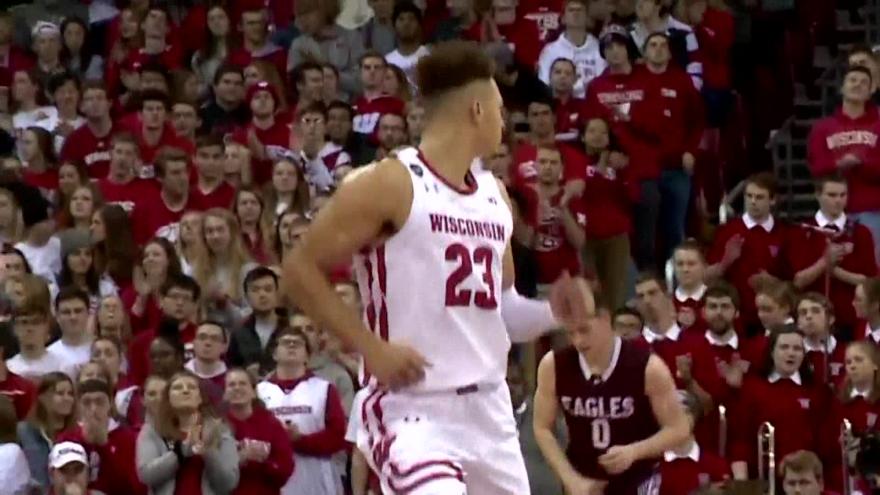 WISCONSIN (AP) -- Kobe King, the second-leading scorer at Wisconsin, says he intends to transfer out of the program.

The redshirt sophomore guard announced his decision on Instagram, two days after he did not travel with the team for a game at Iowa.

The move appeared to take coach Greg Gard by surprise.

Gard says in a statement he's "disappointed" by the move.

He averaged 10 points per game overall and 12.6 points in Big Ten play for the Badgers.