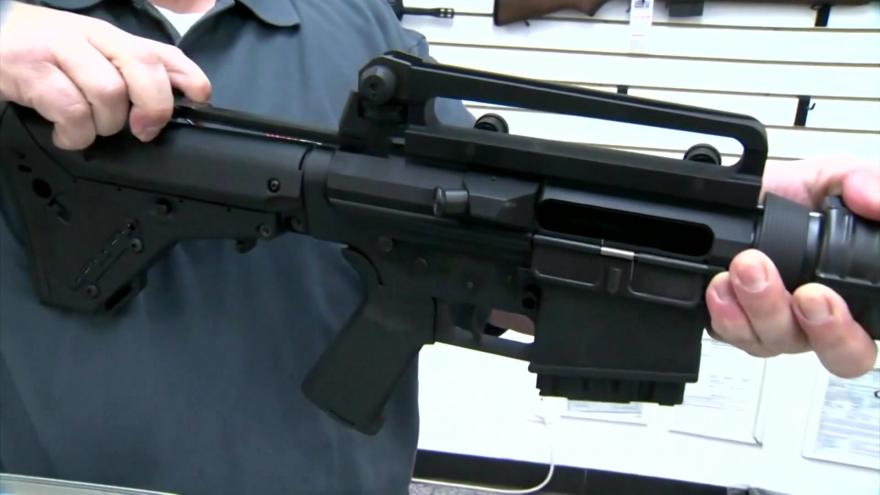 MADISON, Wis. (AP) — Wisconsin Gov. Tony Evers said Thursday that he would consider requiring assault weapon owners to sell such guns back to the government, sparking an instant backlash from Republican legislators.

The GOP's top leaders said Evers finally revealed what they believe is Democrats' true goal of disarming legal gun owners. They promised that he would never succeed as long as Republicans control the Legislature.

Democratic presidential candidate and former Texas congressman Beto O'Rourke has been pushing for mandatory assault rifle buybacks over the last few weeks. O'Rourke's hometown of El Paso was the site of a mass shooting in August that left 22 people dead.

Republicans have balked at the idea of forcing people to give up their assault weapons. Even some Democrats have resisted, saying O'Rourke's stance could make it harder to negotiate on gun control legislation with President Donald Trump.

Wisconsin Democrats have been working to signal to supporters that they're trying to stiffen gun control laws after a string of mass shootings around the country in August, including the El Paso attack, an attack in Dayton, Ohio, and an attack in Odessa, Texas. Assault-style rifles have been the weapons of choice in most mass shootings, including all three August shootings.

They introduced a universal background check bill last month and unveiled a red flag measure Thursday. That bill would allow a judge to seize people's firearms for up to a year if they pose a threat to themselves or others. Seventeen states and the District of Columbia have passed similar red flag bills.

During a news conference in which the governor touted the red flag bill, he was asked if he supports mandatory buybacks of assault rifles. Evers tried to avoid answering directly, saying he's focused on the red flag proposal and the universal background check bill. Asked if that meant he didn't support buybacks, Evers responded: "I'd consider it."

Even though some Democrats have resisted the idea of mandatory buybacks, Assembly Majority Leader Jim Steineke tweeted that at least Evers was being honest about Democrats' agenda. He followed that up with a statement saying mandatory buybacks would never happen as long as Republicans control the statehouse.

"This morning's candid comments from Governor Evers only further illustrate that without a strong, Republican-led Legislature, the idea of involuntary seizure of firearms could easily become a reality in Wisconsin," Steineke said.

Democratic Lt. Gov. Mandela Barnes came to Evers' defense, tweeting that Republicans are "aggressively misleading the public" about Evers' agenda. He didn't elaborate in the tweet.

Like Republicans across the country, the Wisconsin GOP has long insisted that restricting access to guns wouldn't stop mass shootings and could infringe on Second Amendment rights. They maintain the answer is focusing on mental health.

Republicans who deviate from that stance could open themselves up to primary challengers. Fitzgerald is running to represent a conservative swath of southeastern Wisconsin in Congress. It's unclear whether he will face any primary opponents but any moves that make him look like he supports any gun control measures could spur opponents to jump into the race against him.

Vos and Fitzgerald said in August they don't support the background check bill and said in their joint statement Thursday that the red flag bill would violate due process and the constitutional right to bear arms. They noted Republicans passed a bill last year creating $100 million in school safety grants.