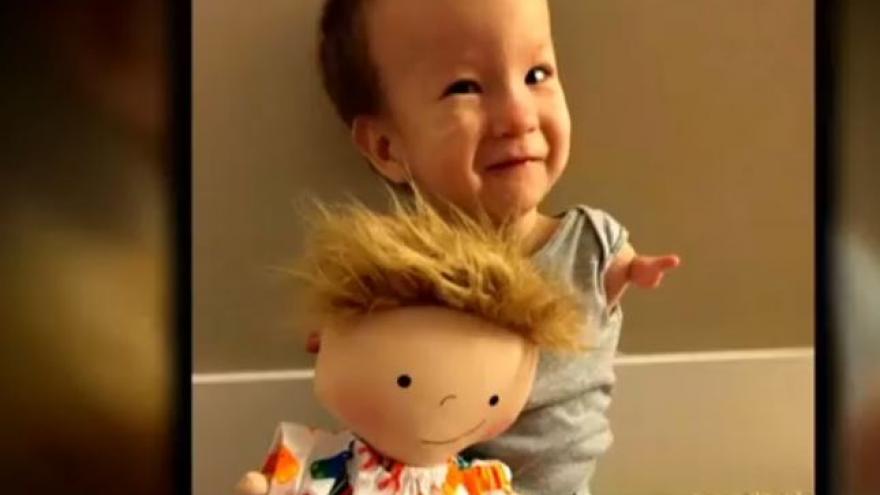 NEW BERLIN, Wis. (AP) — A Wisconsin woman has been making custom dolls to celebrate the diversity of children who aren't well-represented in toy stores.

Amy Jandrisevits, a former pediatric oncology social worker, started her business, A Doll Like Me, four years ago after she was contacted by an acquaintance whose daughter had her leg amputated. The New Berlin mother was asked if she could make a doll that matched the girl's appearance, Wisconsin Public Radio reported.

Following the project, the demand for Jandrisevits' custom dolls immediately skyrocketed. She had 200 doll orders within two months of operating.

Jandrisevits said children of color or children with disabilities almost never see representations of themselves on a toy store shelf. She said it's important for children to have something to relate to because they often internalize the standard of what they think they should look like.

The custom dolls have helped spark conversations about the diversity of children represented on TV, in movies and on store shelves, Jandrisevits said.

"I think we're at the point where we're hungry for a different narrative," she said.

Jandrisevits' GoFundMe page has raised more than $77,700 for her business since its launch. Each doll costs about $100, including shipping.

Jandrisevits said she often tries to find a way to pay for the dolls herself.

"In my mind, none of these families should have to pay for a doll like this," she said. "It should be a gift on behalf of our community that we say, 'Look, we've done you a disservice. We really do support you.'"