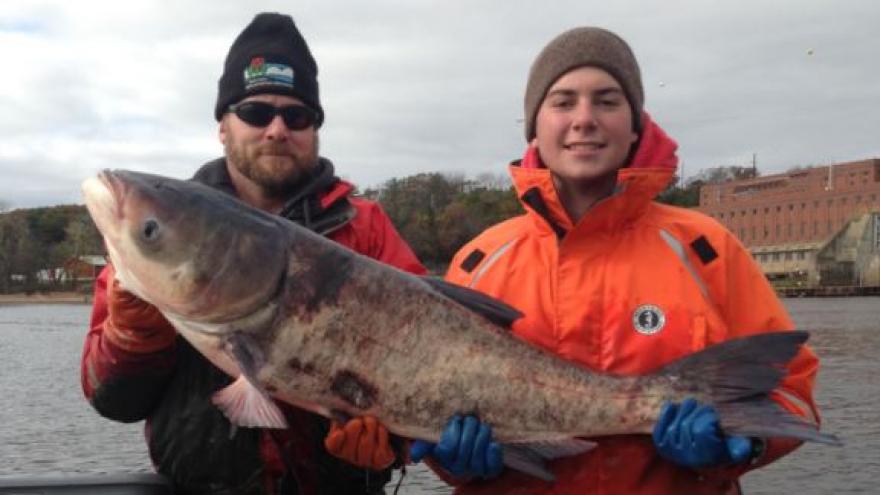 PRAIRIE DU SAC, Wis. (AP/CBS 58) —The Wisconsin Department of Natural Resources says an invasive fish species has been found in the Wisconsin River.

Four adult bighead carp were captured by DNR fisheries crews this fall while doing routine surveys near the Prairie du Sac Dam. Another bighead carp was also found dead on the shore.

Asian carp have been captured in the Mississippi River and Lower Wisconsin River since 1996, but haven't been found in any inland waterways.

The DNR believes the invasive species is not yet part of an established population.

Bighead and silver carp compete with native fish species. They eat large quantities of phytoplankton, zooplankton and algae, which can disrupt the food source for all fish in an area.

The DNR says anyone who catches a fish they believe to be an Asian carp species -- bighead, silver, black, or grass -- should keep the fish, make sure it's dead before they leave the riverway, and contact their local fisheries biologist to confirm the species.