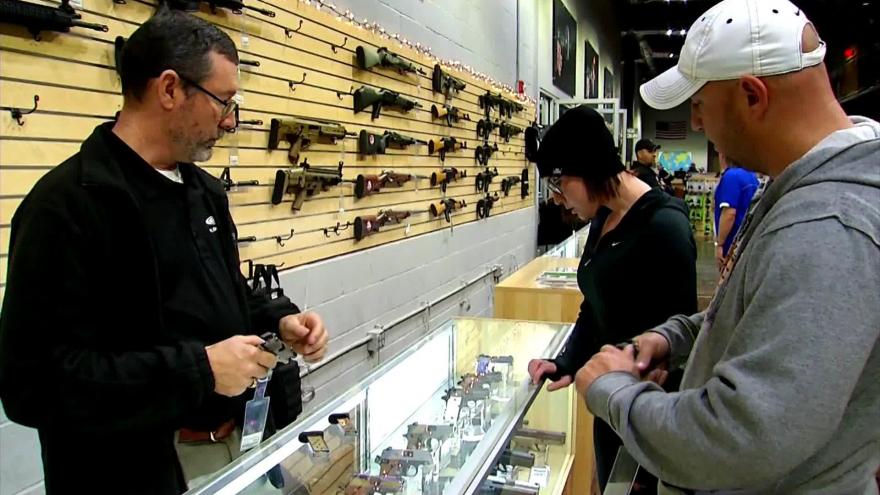 JANESVILLE, Wis. (AP) — A proposed Wisconsin bill would require gun retailers to lock up their guns when their businesses are unattended.

Rep. Lisa Subeck, D-Madison, proposed the bill in October. She told The Janesville Gazette that she authored the bill following an April burglary at a Janesville gun shop.

A man stole more than a dozen guns and sent a manifesto to President Donald Trump. The event sparked a 10-day national manhunt.

The bill would require shop owners to secure their weapons in gun cabinets or safes with rod-and-cable locks when the stores are closed.

"The ultimate goal of the law is to keep weapons out of the hands of folks that would do harm, to prevent a large-scale smash and grab (burglary of guns)," Subeck said.

Data from the federal Bureau of Alcohol, Tobacco, Firearms and Explosives indicate that in 2016 about 7,500 guns were stolen from federally-licensed dealers during break-in burglaries, Subeck said.

"To me, that is horrifying. When gun shops don't secure their weapons, they really are sitting targets waiting for someone to break in," she said.

Subeck said she's gathering feedback from gun sellers and may alter the bill before it is formally introduced.

CTR Firearms owners Chris and Charity Endres recently improved the security at their shop. The couple spent about $20,000 on a gun vault and other security upgrades.

"When I opened up here, I said I'd never leave the guns unlocked at night," Chris Endres said. "I want to be able to go home at 8 at night and be able to rest knowing the guns I've got are safe. It's cost money to be able to say that, but I can say that we do it."