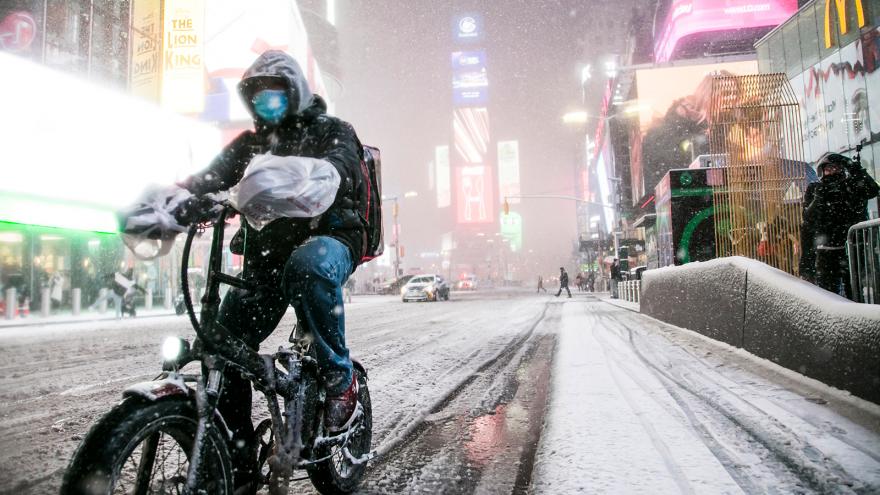 (CNN) -- A powerful winter storm system delivered heavy snow across the Northeast, blanketing much of Pennsylvania, New York and New England and creating deadly road conditions across the region Thursday.

Those living in and around New York City, Philadelphia and Boston woke Thursday to generally between 6 to 12 inches of snow.

Winter storm warnings and advisories continue Thursday morning for New York City and parts of New Jersey, and into the afternoon in New England.

The wintry conditions played a role in several serious car crashes, and three people have died as of Thursday morning.

Virginia State Police confirmed a 19-year-old involved in a collision in Pulaski died after his vehicle ran off the side of the highway, struck an embankment and overturned.

Brannagan K. Locklear was transported to a nearby hospital, where he succumbed to his injuries, police spokeswoman Corinne Geller told CNN. Slick road conditions were believed to be a factor in the cause of the crash, Geller added.

In Pennsylvania, where the storm dumped heavy snow for hours, two people were killed and multiple others injured after a multi-vehicle crash involving 30 to 60 vehicles on Interstate 80 in Clinton County, authorities said.

"Keeping the victims and their families in my prayers," Pennsylvania Gov. Tom Wolf wrote on Twitter. "Please stay home if you can and stay safe."

Six people were transported to area hospitals for their injuries, according to CNN affiliate WABC.

"Again, avoid any unnecessary travel during this storm," the NYPD wrote on Twitter.

Transportation systems across New York, New Jersey and Connecticut were all affected by the storm, officials said. NJ Transit announced some bus and rail services would remain suspended Thursday morning. The New York City Ferry also announced a delayed start Thursday, saying it would not operate during morning rush hours "while crews work to ensure rider safety on landings."

"I know we all grew up with the excitement of snow days, but this year is different," he wrote on Twitter Wednesday. "Tomorrow will be a FULL REMOTE learning day for our students." 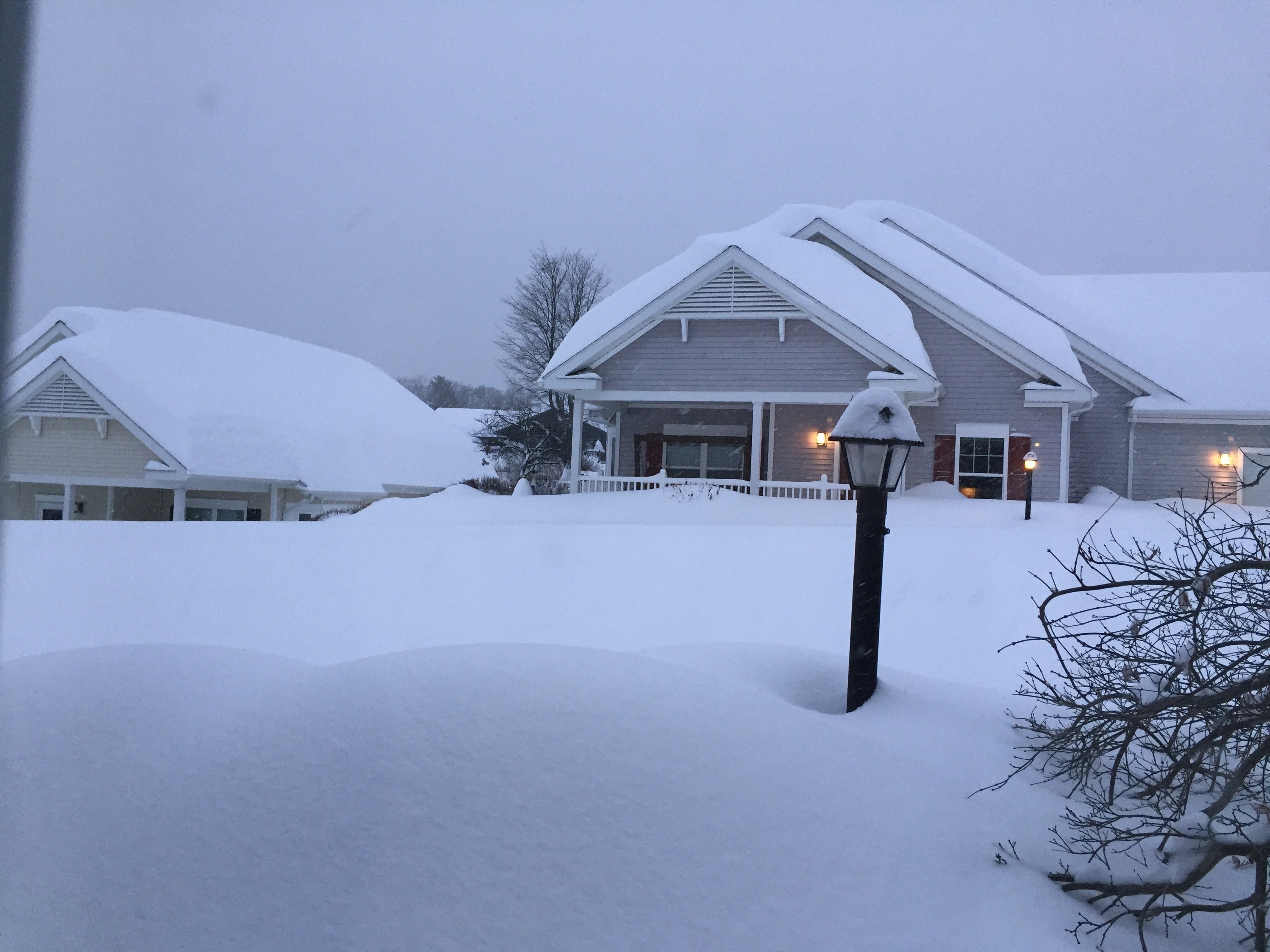 But the storm didn't just dump snow. Powerful wind gusts -- of about 55 to 65 mph -- from Delaware to New Jersey caused minor damage, Guy said. The coastline will likely continue to feel strong winds from New Jersey up through Massachusetts all day Thursday, with a possibility of coastal flooding in Delaware through New Jersey, Guy said.

"Heavy snow will continue as the storm tracks to the northeast and the heavy snowfall will completely exit the region by late afternoon -- early evening," he added.

Deputies arrived at the area and found "significant damage on two streets," Judd said, adding two houses appear to be "uninhabitable at this point."

"There is significant damage to trees and to other homes in the area," the sheriff said. "We started going door to door ... to check for safety security and to make sure there were no injuries."

The sheriff said they had not received any reports of injuries "even though there was significant damage."