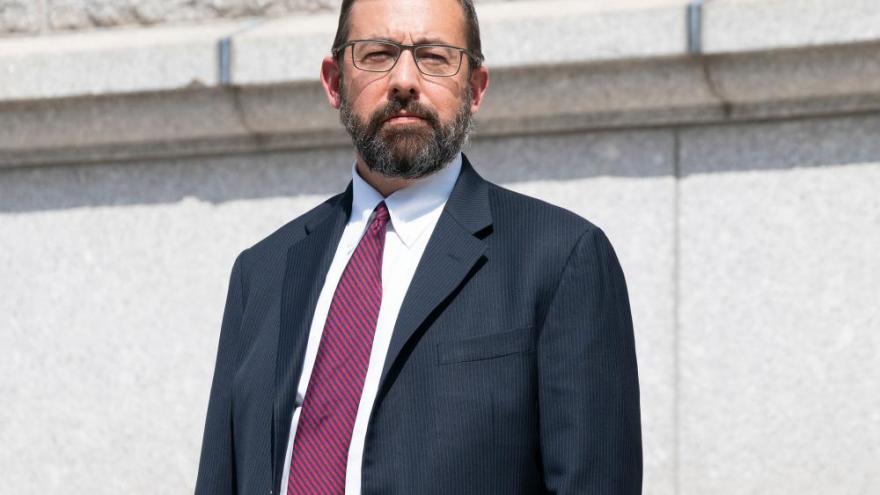 (CNN) -- A former wine and liquor distributor was sentenced to 24 months in prison on Friday for using the show "Shark Tank" as part of a scheme to defraud investors, according to federal prosecutors with the Eastern District of New York.

Joseph Falcone, 60, formerly operated the 3G's VINO LLC, a wine and liquor distributor based in Bethpage and Farmingdale, New York. Among other products, 3G's distributed a single-serving wine in a sealed glass, which had previously been featured on an episode of the reality pitch show "Shark Tank," according to a federal information.

Between September 2014 and November 2015, Falcone solicited investments and promised potential investors that their money would be used to fund 3G's by purchasing the single-serving wine product, according to prosecutors.

Instead, Falcone used about $527,000 of those investments for his personal benefit, including to pay off the mortgage on a Florida residence and to fund his online securities trading, according to prosecutors.

"Falcone's victims were reeled in by his 'Shark Tank' pitch, but with today's sentence, the defendant is now squarely on the hook for his crimes," said Seth D. DuCharme, acting US attorney for the Eastern District of New York. "This Office remains committed to prosecuting those who mislead the public and abuse the trust placed in them to engage in fraud against their own investors."

Falcone pleaded guilty to one count of wire fraud in June 2019. He was also ordered to pay $1.8 million in restitution to seven 3G's investors.

In a sentencing memorandum, Falcone wrote a letter to the judge admitting to the fraud and apologizing for using business funds for his personal use.

"I was wrong to do this. For this, I am deeply sorry and fully accept responsibility," he added.

The single-service wine product Copa di Vino was featured on an episode of "Shark Tank" in season 2 and in season 3. The company is not accused of any wrongdoing.

Copa di Vino founder James Martin said in a statement the company was not involved in the scheme.

"Joseph Falcone did not pitch Copa di Vino on Shark Tank, nor was he ever an investor in the product. I was the only person to appear on the show on behalf of my brand. In fact, I did not engage with his company, 3G's VINO LLC, until four years after my Shark Tank pitch," Martin said.

"I am not familiar with any details around his indictment as we were in no way involved, but was very saddened to hear that he was using our Copa di Vino brand to mislead investors. His company was strictly our distributor. We severed ties with Joseph and his company in 2016."