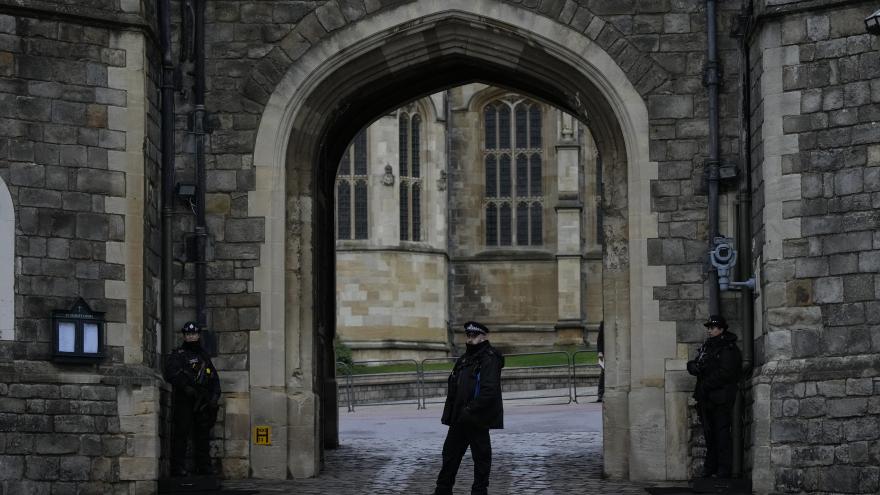 (CNN) -- An armed 19-year-old man arrested Saturday morning for trespassing at Windsor Castle, where Queen Elizabeth II is staying for Christmas, has been detained by police under the Mental Health Act, London's Metropolitan Police said Sunday.

According to the statement, a crossbow was recovered following a search of the intruder.

"The man was taken into custody and has undergone a mental health assessment -- he has since been sectioned under the Mental Health Act and remains in the care of medical professionals," police said.

"Enquiries into the full circumstances of this incident are being progressed by Metropolitan Police Specialist Operations," the statement added.

The man did not enter any buildings, officials have said.

The Queen, 95, was celebrating Christmas at Windsor Castle after making the decision not to travel to Sandringham, her usual Christmas destination, because of the pandemic. She was accompanied at Windsor by her son, Prince Charles, and Camilla, the Duchess of Cornwall.

While not common, intrusions into Royal palaces do occasionally happen. Perhaps the most famous incident dates back to 1982 when a man named Michael Fagan, who was 31 at the time, climbed a wall of Buckingham Palace, crawled through an open window and made his way to the bedroom of Queen Elizabeth II, who was sleeping.

The Queen was unharmed, although the intrusion sparked serious questions about palace security, especially when it emerged that her repeated attempts to summon help were ignored.