William Barr, on Fox, says there's no legitimate reason for classified docs to be at Mar-a-Lago and doubts Trump declassified 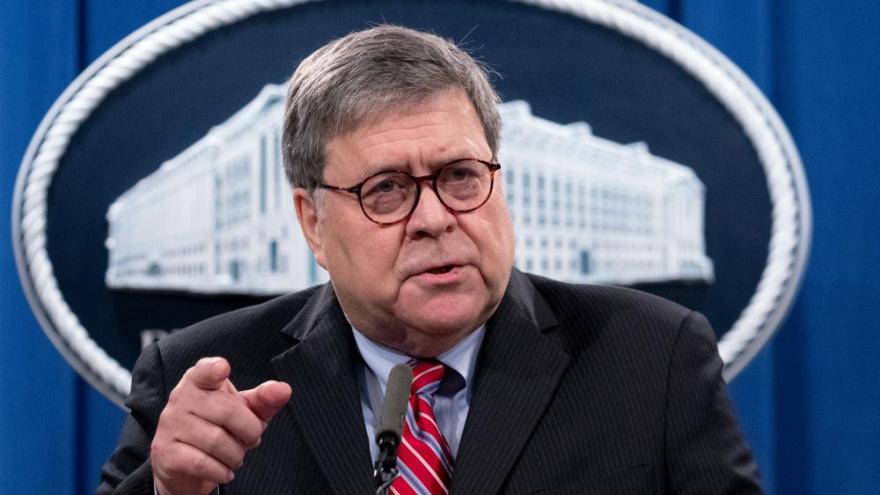 Former Attorney General William Barr, seen here in December 2020, appeared on Fox News on August 2 to say there is no "legitimate reason" for classified documents to have been at Mar-a-Lago.

(CNN) -- Former Attorney General William Barr appeared on Fox News on Friday to say there is no "legitimate reason" for classified documents to have been at Mar-a-Lago and cast doubt in the idea that they had somehow been declassified.

"No. I can't think of a legitimate reason why they should have been -- could be taken out of government, away from the government if they are classified," Barr said of the documents found at former President Donald Trump's Florida resort.

"I, frankly, am skeptical of the claim that [Trump] declassified everything," Barr added.

"Because frankly, I think it's highly improbable, and second, if in fact he sort of stood over scores of boxes, not really knowing what was in them and said 'I hereby declassify everything in here,' that would be such an abuse and that shows such recklessness, it's almost worse than taking the documents," he said.

Barr also rejected criticism that the FBI search was in the wrong because it was "unprecedented."

Asked about his stance on Trump's request for a special master to review documents pertaining to the FBI raid at Mar-a-Lago, Barr called the idea a "red herring" and "waste of time."

"Well, I think the whole idea of a special master is a bit of a red herring," Barr said, adding, "at this stage, since they have already gone through the documents, I think it's a waste of time."

Barr said there's a "legitimate concern" about protecting documents that could be related to Trump's private lawyer communications, but it does not "appear to be much of it," and noted he's "not sure you need a special master to identify it."

Barr doubled down on the comments in a phone interview Friday with The New York Times, which reported he laughed when asked what he thought of Trump's argument for needing a special master in the case and said that he doesn't think one "is called for."

As more information is revealed, Barr said, "the actions of the department look more understandable."

"It appears that there's been a lot of jerking around of the government," he told the Times. "I'm not sure the department could have gotten it back without taking action."