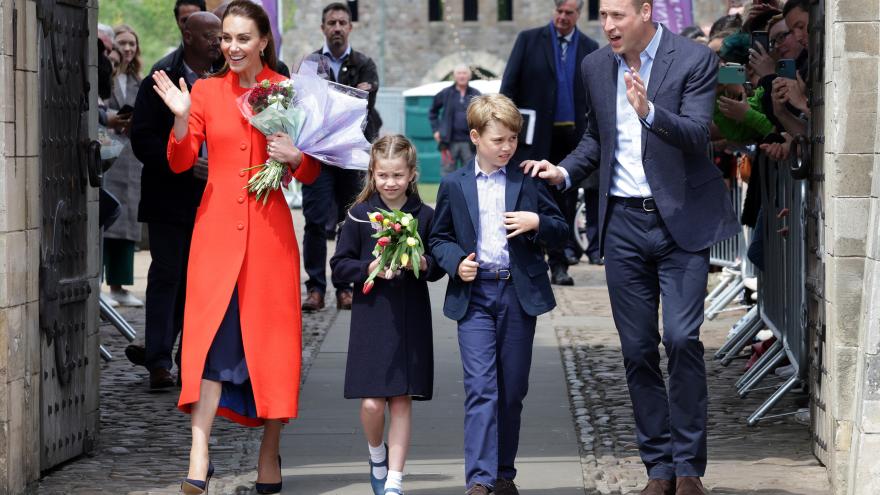 (CNN) -- The Duke and Duchess of Cambridge are set to move their family out of London during school term time, in a bid to give their children a "normal" family life, a royal source told CNN.

The decision to move the children's school was announced by Kensington Palace in a statement on Monday.

According to the royal source, Prince William, Kate and their children will live in Adelaide Cottage, a four-bedroom house in the grounds of Windsor Castle, Berkshire, about 25 miles from London. The move will bring the family closer to both Queen Elizabeth II, who also resides in Windsor Castle, and Kate's family, who live in the same county.

The Cambridges' current residence, Kensington Palace, will remain the family's principal residence, however, according to the royal source.

There are currently no plans for any live-in help, the source told CNN, adding that arrangements could be made for a nanny on the estate.

According to the statement, the couple's three children, Prince George, Princess Charlotte and Prince Louis, will all move to Lambrook School, a prestigious fee-paying school near Windsor.

The school is described on its website as a "leading coeducational Prep School for 615 boys and girls aged 3 and 13, set in 52 acres of beautiful Berkshire countryside."

In the palace statement, the school's headmaster, Jonathan Perry, said: "We are delighted that Prince George, Princess Charlotte and Prince Louis will be joining us this coming September and very much look forward to welcoming the family, as well as all of our new pupils, to our school community."

William and Kate thanked their children's former school in London, Thomas's Battersea, expressing their gratitude for the "happy start" it gave George and Charlotte.

In the same statement, Ben Thomas, principal of Thomas's London Day Schools, thanked Charlotte and George "for upholding the school's values and for their many contributions to school life," wishing them good luck at their new school.

The royal source told CNN that the move will allow William and Kate to be "active parents in a busy school."

"They want to be as normal a family as possible," the source added.

The move will also give the young family greater privacy at home due to the high security presence on the Queen's estate.

The Cambridges moved their family to London in 2017, having been based in Norfolk, eastern England, for several years. Until that point, the pair used Apartment 1A at Kensington Palace as their official residence while carrying out royal duties.