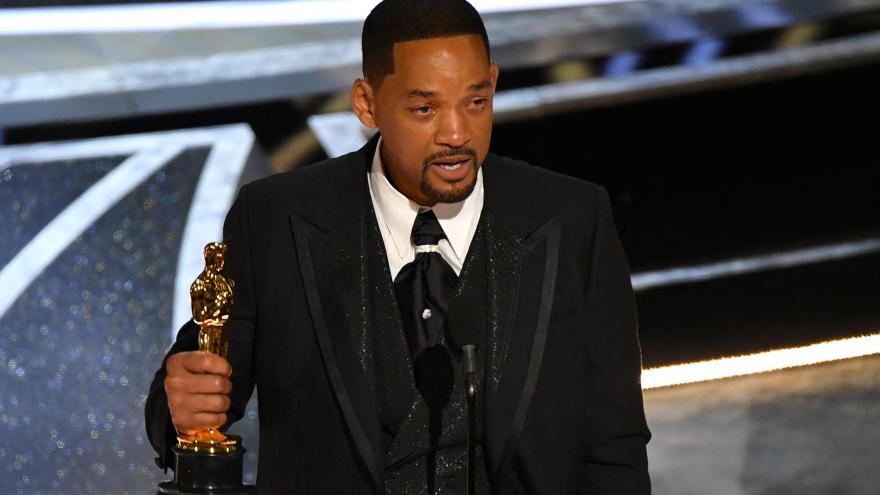 (CNN) -- Will Smith won his first Academy Award on Sunday night and offered his apologies to the Academy and others for an earlier incident in which the actor appeared to strike presenter Chris Rock.

He tearfully accepted the award for his role as Richard Williams, the father of Venus and Serena Williams, in the film "King Richard." Smith said Williams "was a fierce defender of his family."

Smith said, "I know to do what we do, you gotta be able to take abuse and have people talk people about you. In this business, you gotta have people disrespecting you. And you gotta smile and pretend that's ok."

Smith also talked about being a "protector" and thanked the tennis legends and their family.

Smith shared that prior to his win, fellow nominee Denzel Washington shared some wisdom with him: "At your highest moment be careful, that's when the devil comes for you."

Smith ended saying that he hopes the Academy welcomes him back.