Wildfires have scorched about 100,000 acres in 3 states. The weather could make things worse 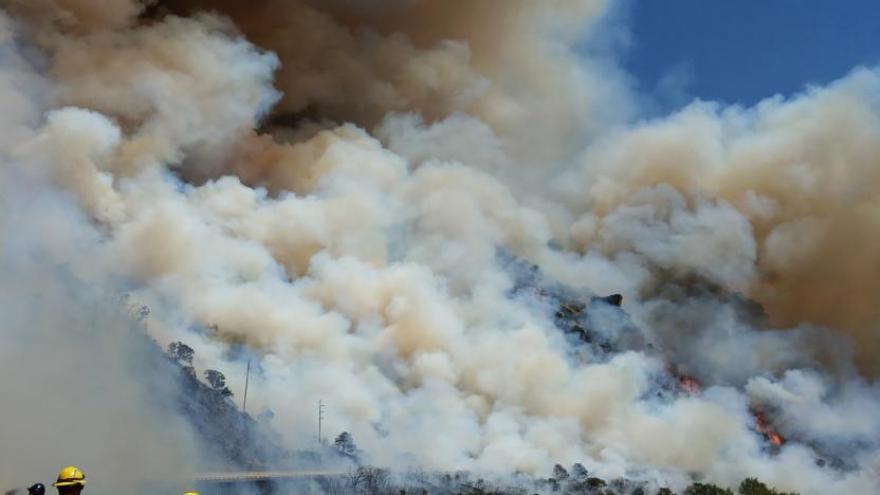 (CNN) -- Officials in California, Oregon and Colorado are battling a series of wildfires that have collectively torched about 100,000 acres -- and things could get worse this weekend with intense heat set to descend on much of the US.

Authorities have issued evacuation orders for areas affected by the Lake Fire and Ranch2 Fire in Los Angeles County, California; the Mosier Creek Fire in Wasco County, Oregon; and the Pine Gulch, Grizzly Creek and Cameron Peak fires in Colorado.

The Lake Fire in northern Los Angeles County, just north of Santa Clarita, has burned more than 17,400 acres and destroyed 21 structures, and was 12% contained as of late Friday, according to the Los Angeles County Fire Department. About 1,160 fire personnel from multiple agencies have responded to the blaze.

Mandatory evacuations are in place for residents in Lake Hughes and surrounding areas.

Another fire in the county, dubbed the Ranch2 Fire, has burned about 2,500 acres and is 0% contained, the Angeles National Forest said. Earlier evacuation orders for the community of Mountain Cove have been lifted.

The weather isn't helping. Some of the hottest temperatures of the summer were expected Friday and into the weekend in 11 states from Texas to California and into the Northwest. Nearly 85 million people are under some sort of heat warning, watch or advisory on Friday, according to CNN meteorologist Dave Hennen.

Wildfires are one of the most apparent and destructive examples of this. Numerous studies have tied increasing carbon dioxide emissions and climbing temperatures to increased acreage of burning across the Western US, particularly in California.

Officials in Colorado are dealing with several blazes, including the Grizzly Creek Fire in Garfield County, which was about 13,400 acres on Friday, according to InciWeb, a national wildfire tracking website.

Gov. Jared Polis called the Grizzly Creek blaze the "top fire priority" in the country in a news conference Friday, with resources coming in from across the country to battle the fire. The fire broke out August 10 in Glenwood Canyon, according to InciWeb, but the cause remains unknown.

The fire grew significantly Thursday and warned there would be more growth over the next few days, said Marty Adell, the US Forest Service's incident commander for the blaze. Fire crews are contending with high temperatures, winds and low relative humidity, he said. Some of the affected areas are inaccessible, making it hard to move firefighters and equipment in place, Adell said.

While the fire has prompted some evacuation orders, Polis said Friday that the main impact is traffic closures.

"Literally, this fire is right on Highway 70," he said.

The governor said fire conditions are being exacerbated by dry weather.

"All of Colorado is under drought conditions right now," Polis said. "So, we are at great heightened risk in many of our areas. I want to make sure that's a clear message to campers and others to really limit activities that can cause fires as we go about our daily lives."

Meantime, the Pine Gulch Fire, about 18 miles north of Grand Junction, Colorado, has consumed more than 73,000 acres, according to InciWeb, with only 7% containment. Another blaze, the Cameron Peak Fire, has consumed 2,179 acres.

The Mosier Creek Fire in Oregon also prompted evacuation. Several large air tankers were en route to help control the blaze, which by Friday had consumed about 971 acres and was 10% contained, according to the Oregon Department of Forestry's Central Oregon District.

The blaze has forced at least 565 homes to be evacuated and four structures have burned, according to the Oregon Department of Forestry. Authorities believe the fire was human-caused.