Wilderness training may have helped sisters, 5 and 8, survive 44 hours lost in California woods 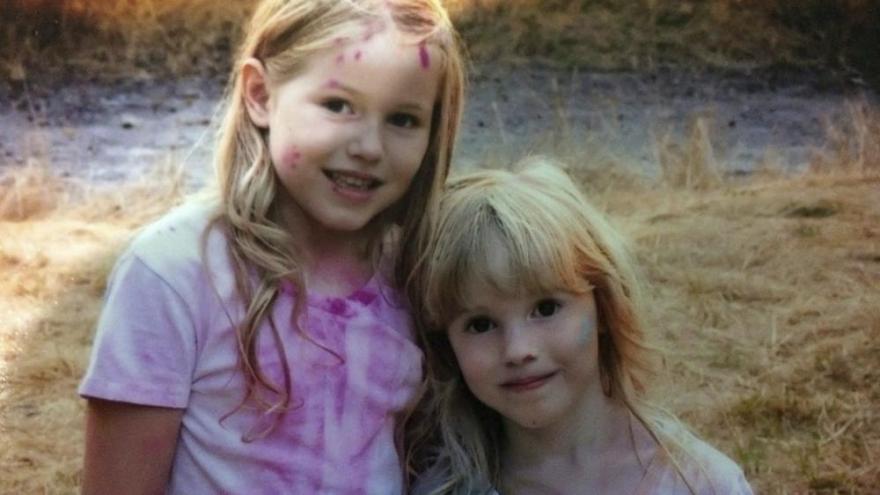 (CNN) -- Wilderness training may have played a role in the survival of two sisters, ages 5 and 8, who were discovered safe after spending 44 hours in California woods, police say.

Caroline Carrico, 5 and Leia Carrico, 8 were found Sunday morning less than two miles from their home in Humboldt County, according to Sheriff William Honsal.

The girls had last been seen at their home Friday afternoon and Honsal described their discovery close to Richardson Grove State Park as "a miracle."

"This was rugged territory, this is an extreme environment and how they were out there for 44 hours is pretty amazing but it shows a resilience of people that actually grew up in this community. These girls definitely have a survival story to tell," he said during a news conference Sunday.

Leia Carrico her little sister went for a walk near their rural Humboldt County home on Friday afternoon, but got lost in the woods and ended up spending the weekend in the elements.

In an interview alongside their parents, the girls recounted the ordeal, from getting lost, to finding shelter under a fallen branch in what Leia described as a huckleberry bush cave. Leia said they drank water from huckleberry leaves and used a rain jacket as a blanket. She admitted to feeling "nervous and a little afraid."

"It felt so cold our hands turned white," Leia said.

The pair had no food. "Our bellies grumbled the whole night," Leia continued.

The Carrico family lives on 80 acres of land in Garberville, a rural town about 200 miles north of San Francisco.

The girls' father, Travis Carrico, explained that the girls spent much of their time outside and he didn't initially panic when they stayed gone. But as time went on, "I spent two days crying my eyes out, looking everywhere we could think of to look," he said.

Mom Misty Carrico credited the 4H program the girls are enrolled in for teaching them wilderness survival skills. She said she isn't sure they would be alive without those skills.

When asked whether the girls would be punished for going off on their own, their mother said, "No. they did the right thing. They saved each other. I'm the proudest mom. I raised superheroes."

The girls were found "in good spirits, not injured," he said. "The initial assessment was that they were dehydrated, they were cold -- but they were well."

Lt. Mike Fridley gave the girls' mother the good news that they had been found. "She melted on the phone, we had to hang up because she couldn't talk," Fridley told reporters.