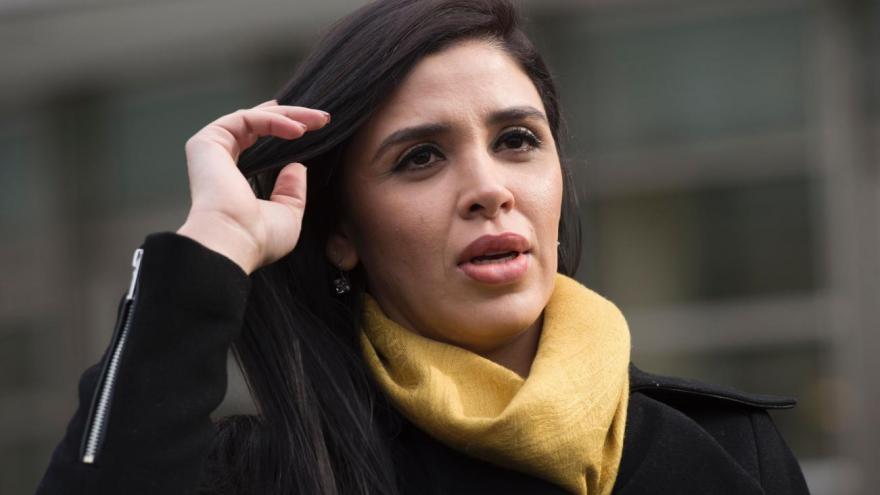 Emma Coronel Aispuro, a 31-year-old former beauty queen from Mexico, was apprehended at Dulles International Airport on Monday, according to the US Justice Department.

Coronel made her first appearance via video conference in US District Court in the nation's capital Tuesday, and her attorneys consented to her continued detention in Alexandria, Virginia.

Federal prosecutors requested her continued detention based what they said was Coronel's alleged close work with the command of the Sinaloa cartel.

Prosecutors maintained that while Coronel has dual citizenship in Mexico and the US, she had no ties to Washington and the financial means and contacts to flee the area.

If convicted of all charges, Coronel faces 10 years to life in prison and a fine of up to $10 million.

According to a criminal complaint, there is "probable cause to believe that, from at least in or about 2014 and at least on or about January 19, 2017, Coronel did knowingly, intentionally, and willfully conspired with Guzmán and others" to distribute drugs internationally.

The complaint said the FBI believes she took messages from Guzmán to his lieutenants, associates and four sons before and while El Chapo was in a Mexican prison.

Prosecutors said Coronel conspired with others to assist her husband in his July 11, 2015, escape from a prison in Mexico. After Guzmán was rearrested in Mexico in January 2016, his wife is alleged to have engaged in planning yet another prison escape before he was extradited to the United States in January 2017, officials said.

Guzmán -- who prosecutors said headed a global narcotics empire greased for decades with corruption and violence -- was convicted after a jury trial in 2019, and sentenced to life plus 30 years in federal prison.

"We're just trying to get the full scope of the government allegations at this time," Colon said Monday.

The date of Coronel's next hearing has not been set.

After Guzmán's third arrest in 2016, he was under tight watch. He was eventually extradited to New York, where he remained through his trial and sentencing.

Security surrounding Guzmán's trial was so tight that the Brooklyn Bridge was shut down each week to allow Guzmán to be transferred in a motorcade -- complete with a helicopter escort -- from a federal detention center to the courthouse in Brooklyn for his months-long trial.

While Guzmán was on trial, his communications were limited to members of his legal team and his sister, with occasional visits from his twin daughters. He was not allowed to meet with Coronel.

After he was convicted by a jury, he signed away the rights to his name so that Coronel, a former beauty queen with an interest in fashion, could start an El Chapo-branded clothing line.

A regular presence at her husband's trial, she was often swarmed by media reporting on her fashion choices in court. And one day she and Guzmán wore matching velvet jackets.

He is expected to serve out his sentence in the nation's most secure federal prison in Florence, Colorado.

Guzmán and Coronel have been married since 2007. The FBI alleges in the complaint that her father, Ines, was a member of Guzmán's drug cartel.