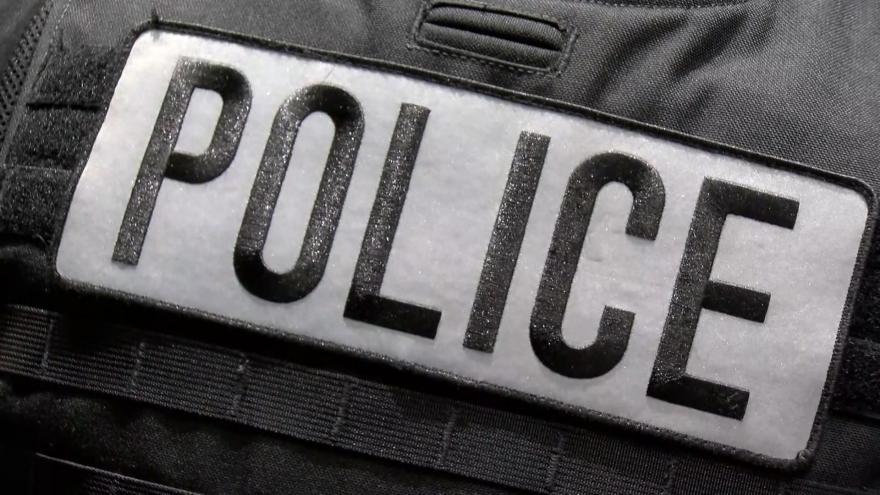 MADISON, Wis. (AP) — The widows of three fallen Wisconsin police officers tearfully recounted Tuesday how they were forced to scramble for health insurance coverage even as they struggled to cope with the heartbreak of losing their husbands.

Ashley Birkholz, Kara Weiland and Charlette Nennig implored the Senate judiciary and Assembly insurance committees during a joint hearing to support a bill that would force municipalities and universities to cover health insurance premiums for the immediate survivors of police officers killed on duty.

"You can make a difference to those families that have suffered the ultimate sacrifice by passing the legislation and allowing them the comfort of knowing they have one less burden to bear," Birkholz told the committees.

She was just 25 years old when her husband, Fond du Lac Police Officer Craig Birkholz, was killed by a sniper during a March 2011 standoff.

Birkholz said she was a student at the time and relied on her husband's health insurance. She was told that her coverage would end 11 days after her husband died. Luckily, she said, the city of Fond Du Lac stepped in and passed a proclamation to cover insurance for the families of any city workers killed on duty.

Weiland recounted the day in March 2017 when she learned Nengmy Vang had killed her husband, Everest Metro Police Detective Jason Weiland, and three others in the Wausau area. She had to pause to collect herself before she could read her statement.

She tried to keep working 40 hours a week to hold onto her health insurance, she said, but the strain of mourning and caring for her young daughters became too much. She eventually had to cut back her hours and pay higher premiums.

"I had so much on my plate I was just going through the motions," she said. "I was there physically for my kids but mentally I was done," Weiland said.

Nennig said her husband, Sheboygan County Sheriff's Lt. LeRoy Nennig, was killed in August 2004 when he was hit by a car at the scene of a vehicle fire.

"I was overwhelmed with the many tasks as a result of his death, including waiting for the results of the accident, writing 500 thank-you notes, being advised when I would receive his last paycheck and that I only had a few months of health insurance at the same time helping my son deal with the loss of his father," Nennig said.

She told reporters later that she's still paying for her own insurance.

The bill would require municipalities and Marquette University to cover premiums for slain officers' spouses and children if the municipality or university paid such premiums while the officer was employed. The bill would apply to officers killed in 2019 and beyond. The municipalities and Marquette would be obligated to cover the premiums until the spouse reaches age 65 and the surviving children turn 26. Current state law provides similar benefits to firefighters' immediate survivors.

The state would reimburse the local governments from a public safety fee that communication providers and wireless retailers collect from customers.

Legislators are considering amending the bill to include officers employed by the state and the University of Wisconsin System as well as emergency medical technicians. The amendment also would shift the source of reimbursements from the public safety fee to state tax dollars.

Senate Republicans have been pushing similar legislation requiring local governments to cover slain officers' survivors' health insurance costs since 2011 but nothing has cleared the Assembly. Fiscal estimates attached to the previous bills have put the annual costs as high as $1.7 million. The state Department of Revenue said in a fiscal estimate attached to the latest bill that it couldn't estimate costs since the department doesn't have data on how many spouses or children might qualify.

Wanggaard told reporters the latest bill should be much cheaper since it's not retroactive, making it more attractive to lawmakers. He didn't offer an exact cost, saying only that it would run "tens of thousands" of dollars per year. Marquette would have to fund its officer survivor premiums on its own since it's a private school, he added.

Senate Majority Leader Scott Fitzgerald is a co-sponsor on the bill. Assembly Speaker Robin Vos isn't signed on as a co-sponsor but said in July he supports the proposals.