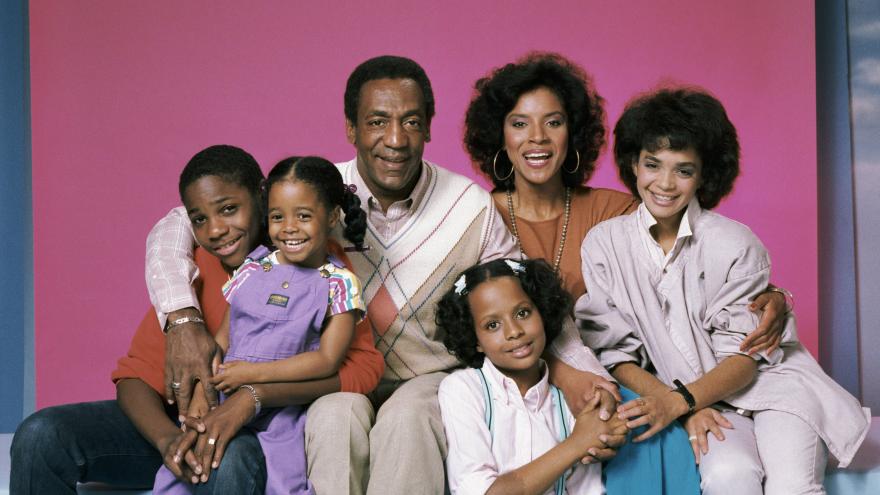 (CNN) -- Bill Cosby may be out of prison, but most major networks still aren't showing reruns of "The Cosby Show."

Amazon Prime is the only major streaming service offering the 1980s sitcom for free to its subscribers. Amazon did not respond to multiple requests for comment about whether it will continue to offer the show.

Reruns generated more than $1.5 billion over two decades, according to a 2017 Forbes estimate. But in 2014, networks and streaming platforms began pulling the show as a backlash grew against Bill Cosby, who was facing renewed allegations of sexual misconduct.

The cultural impact of "The Cosby Show," centered on an upper-middle class Black family living in Brooklyn, is hard to overstate. TV Guide called it the "biggest hit in the 1980s" and it was America's No.1-rated show on television for five of its eight seasons on NBC. It won six Emmy awards and the prestigious Peabody Award.

The loss of syndication revenue meant Cosby and other cast members were making far less money from reruns.

Actor Geoffrey Owens, who played Elvin Tibideaux on the show, made headlines in 2018 when he was spotted working as a cashier at Trader Joe's. He told People magazine that year that losing "The Cosby Show" royalties after many networks pulled the show from syndication motivated him to get the cashier job. Hollywood producer Tyler Perry later hired Owens for a role on his Oprah Winfrey Network show "The Haves and The Have Nots."

Dozens of women eventually came forward accusing Cosby of raping and assaulting them over the course of his career. Some accused him of drugging them. He has denied all allegations against him.

In a 2005 deposition in a civil case, Cosby admitted he acquired seven prescriptions of Quaaludes with the intent to give them to women in efforts to have sex with them. He did not admit drugging any of his accusers. Prosecutors had agreed not to pursue criminal charges in exchange for his deposition. However, that confession was later used to secure his 2018 criminal conviction in a Pennsylvania state court in Montgomery County on sexual assault charges.

A panel of Pennsylvania Supreme Court judges on Wednesday ruled that Cosby's confession was inadmissible for his criminal prosecution because of the non-prosecution promise and overturned his conviction, after he served three years of his three- to 10-year state prison sentence. Cosby's release was greeted with condemnation online from his accusers and his critics, reigniting the furor that compelled media networks to cancel both his old shows and his shows in development with NBC and Netflix.

Despite his release from prison, it's unlikely "The Cosby Show" will enjoy a renaissance anytime soon.

TV One did not respond to questions about whether it will continue to air the show.

Netflix said it has no plans to stream "The Cosby Show."

Hulu, Viacom and NBC-Universal didn't respond to requests for comment.