Why you can't always throw AA batteries in the trash 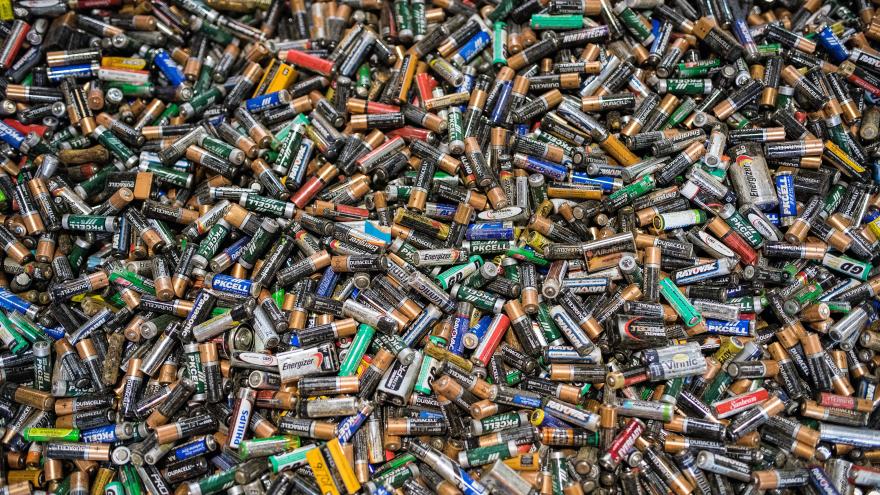 (CNN) -- There's a good chance you aren't disposing of your AA batteries properly. But you may not be to blame.

There's no shortage of conflicting messages on what to do with your dead alkaline batteries, which include AA, AAA, C, D and 9-volt. Governments and battery makers don't have consistent and clear policies for disposing of the alkaline batteries that power many of our small electric devices like remote controls, flashlights, clocks and toys. They even differ depending on where you live.

Manganese is an essential nutrient, but at high levels it can cause adverse health impacts. Former manganese miners and smelters have suffered permanent neurological damage. With any battery there's risk of chemicals leaching into soil, surface water and ground water. Polluted water and crops can lead to diseases like cancer. But alkaline batteries are not especially toxic compared to other battery types.

The Environmental Protection Agency acknowledges that in most communities batteries can be safely put in the trash. But it recommends sending your alkaline batteries like AAs to a battery recycler. Which doesn't necessarily mean you can throw the batteries in your regular recycling bin.

The District of Columbia tells residents to drop off AA batteries for recycling at a designated location, but not in their recycling bins. Seattle residents are encouraged to take their AA batteries to hazardous waste facilities.

"Tossing a handful of batteries in the trash may not seem like a big deal, it adds up: around 180,000 tons of batteries are discarded in the U.S. every year," the city cautions.

Others places like Chicago refuse to take alkaline batteries at recycling facilities.

Major metropolitan areas within a couple hours of each other can have dramatically different policies. Austin, Texas cautions that batteries should never be thrown in dumpsters or curbside trash. Houston, Texas, says it's okay to put batteries in the trash. Some retailers like Home Depot say you may toss alkaline batteries in with ordinary trash.

Many places that call for putting AA batteries in the trash say it's reasonable because they no longer contain mercury following a 1996 law. (Mercury was previously in batteries to help prevent corrosion.) The 1996 law also led to the creation of Call 2 Recycle, a non-profit organization originally created by battery manufacturers, which offers consumers battery recycling options.

What to do with your batteries also isn't necessarily clearer if you check with manufacturers. Duracell encourages customers to check with local and state regulations, as well as check out recycling options.

Amazon sells AA batteries under its Basics line of goods that include a symbol of a receptacle with a large X over it, that appears like it may be a trash bin, or a recycling bin.

The crossed-out symbol means the product needs to be disposed of separately from household waste and typical recycling bins, according to Amazon spokesperson Betsy Harden.