Why it's so hard to give up ridesharing 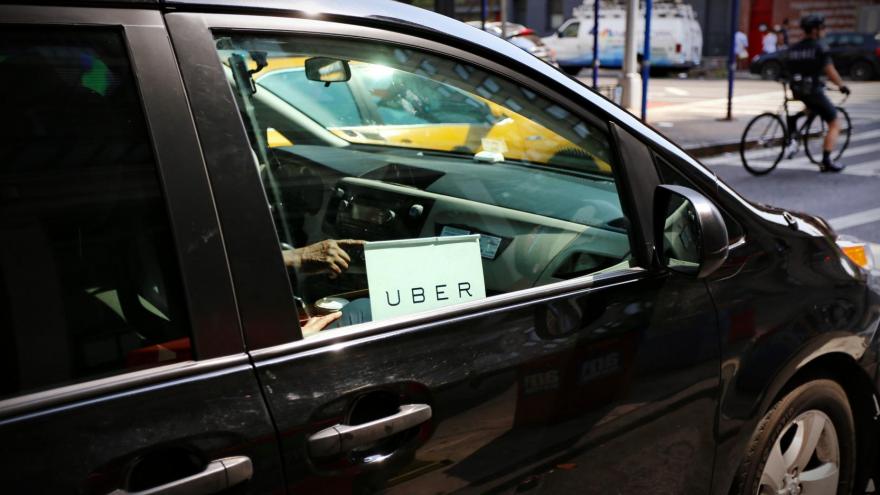 It's easy to take for granted just how much on-demand services have changed our lives, starting with ride-hailing companies such as Uber and Lyft.

(CNN) -- It's easy to take for granted just how much on-demand services have changed our lives, starting with ride-hailing companies such as Uber and Lyft.

But every now and then, a jarring headline makes us wonder how it became so normal so quickly to jump into a stranger's car.

The share of Americans who have used ride-sharing services more than doubled in the past three years. According to a Pew Research Center survey conducted in 2018, 36% of adults say they have used a ride-hailing service such as Uber or Lyft, compared to 15% in late 2015.

"There's clearly something about having the technology there as the mediator that created this level of trust between riders and drivers," said Saba Waheed, research director at the UCLA Labor Center, whose expertise includes labor and sharing economy businesses like Uber and Lyft.

But that trust came with a price, she says.

The increase in ride-hailing services has coincided with reports of violent crimes by drivers against passengers and revelations of concerning business practices.

In response, companies including Uber and Lyft have pledged to prioritize safety and work with government partners to improve conditions for drivers and riders.

Meanwhile, research suggests bad publicity and safety concerns have done little to deter riders from using the platforms. Why is that?

Uber and Lyft were part of a class of startups that heralded the now-ubiquitous on-demand economy that lets us order food, toiletries and other modern conveniences from our smartphones.

The companies rose to prominence during what transportation experts consider a period of "unprecedented" change in travel behavior. A shifting economy collided with new transportation modes, including shared cars and bicycles, making Americans reconsider transportation options, said Farzad Alemi, a postdoctoral researcher at the Institute of Transportation Studies at UC Davis.

Alemi used data from a survey of 2,400 California residents, including millennials and members of the preceding Generation X, to investigate factors that affect ride-hailing. His research found the highest adoption rates among millennials with college degrees who lived alone in urban areas, motivated by ease and convenience.

They didn't necessarily give up their cars, he said, but they used them less or in combination with other transportation modes. For those who lived in urban areas, ride-hailing was cheaper than owning a car, especially when parking factored into their expenses, he said.

The 2018 Pew survey reached similar conclusions, with those who are young, affluent and college-educated making up the greatest share of users. And although the share of Americans who use ride-hailing apps has grown dramatically, few adults use them regularly, according to the Pew survey.

About 4% of adults said they use the apps on a weekly basis, including 2% who say they use them every day or almost every day. That's about the same as it was in 2015, when 3% of Americans reported being weekly riders.

In 2018, most adults said they use ride-hailing services less than once a month.

In 2015, Pew asked people about their views of ride-hailing services. Among their responses:

68% said they were less expensive than a taxi

Ride-hailing is not only for the young. An analysis of data from the 2017 National Household Travel Survey found that highly educated, affluent seniors in urban areas were among those who were more likely to be adopters of ride-hailing services.

Often, these adults must give up their licenses, especially if they have a medical condition, said Suman Kumar Mitra, an assistant project scientist at the Institute of Transportation Studies at UC Irvine.

Ride-hailing offers them alternatives to both public transportation and the need to rely on others for rides, he said. Often, they use these services to close what experts call the first- and last-mile problem of getting to and from a bus stop or train station.

Safety is a concern for this population, too, he said. But he surmises that the benefits of the services outweigh the safety concerns.

"It gives them the freedom to go anywhere any place at any time," he said.

How to improve the relationship

Other experts agree that for many users, the utility of ride-hailing outweighs any moral or ethical compunctions they elicit.

Ride-hailing companies benefited from a lack of oversight and regulation that allowed them to grow quickly, Waheed said. Now, cities and states are playing catch up to close some of the loopholes that gave the platforms a competitive edge over traditional taxi businesses.

To improve safety, the platforms say they are working to improve background checks and make signage visible, so people don't get into the wrong cars.

The platforms share the responsibility with regulators of policing themselves, said Arun Sundararajan, a professor of business at New York University's Stern School of Business. But consumers also have a role to play as the sharing economy proliferates, he said.

It's important for consumers to remember they're not buying a product directly from a brand -- they're buying a product from someone else wrapped in a sort of "micro-franchising" from the brand, he said. As such, there's a learning curve to becoming a tech-savvy consumer, he said, offering the following tips:

Check not only the rating but driver reviews

Make sure the license plate numbers match up

"My mom used to tell me don't get into strangers' car and we're at a point where we have a layer of digital trust wrapped around that activity," he said.

"We still have to take some basic steps."