Why this Caribbean archipelago is a prime spot to visit next 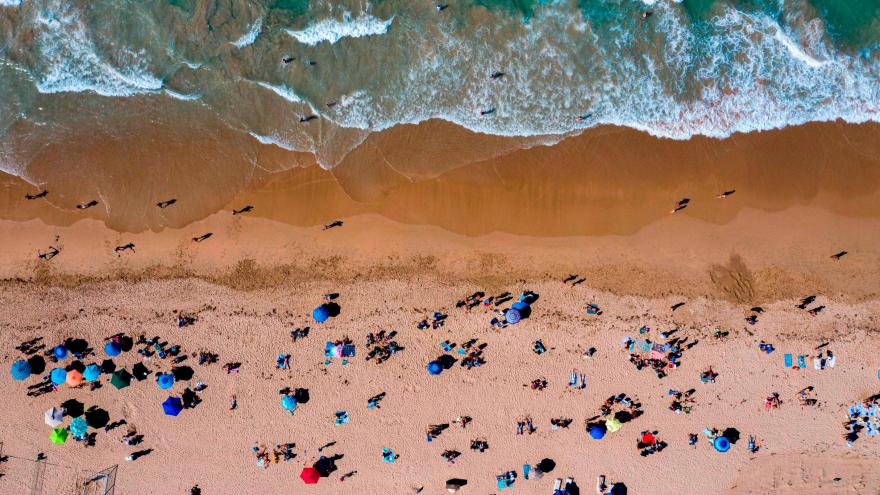 By Will McGough, CNN

Editor's note: Sign up for Unlocking the World, CNN Travel's weekly newsletter. Get news about destinations opening and closing, inspiration for future adventures, plus the latest in aviation, food and drink, where to stay and other travel developments.

(CNN) -- Perhaps no travel destination in the world has had a rougher go of things these past few years than Puerto Rico.

In addition to the pandemic, the Caribbean archipelago has faced an eye-popping string of disasters in the past half-decade.

They include the Zika epidemic in 2016, Hurricanes Irma and Maria in 2017, and then a 6.4-magnitude earthquake in early 2020, just weeks before Covid-19 started forcing the world into lockdown.

Though it's not out of the woods yet, what's amazing is how well Puerto Rico has responded -- and rebounded. Despite all its challenges, Puerto Rico set a tourism record in 2021, and it remains a prime place to visit in 2022.

The islands -- the main island of Puerto Rico, Culebra, Vieques and dozens of cays and islets -- boast one of the highest vaccination rates of any US territory or state, and Puerto Rico's tourism industry is running on all cylinders, with revived natural experiences, rejuvenated local movements and a special historical celebration to tie it all together moving forward.

"The resiliency of Puerto Rico and the attitude that everyone has here has always been that we were going to come back stronger," said Sharilyn Toko, general manager at the Caribe Hilton in San Juan.

High vaccination rate + easy travel from the US

While Puerto Rico has had one of the lowest case rates of any US territory or state, it hasn't escaped Omicron.

A massive spike in new cases that peaked in early January has plunged precipitously, and a spike in deaths is heading down.

For Americans, Puerto Rico will be an especially attractive destination in the coming months. No passport is required, it's a short trip from the Eastern Seaboard, and testing requirements for vaccinated travelers have just been lifted.

Here's the latest on the rules for domestic and international travelers.

With more than 82% of the eligible population fully vaccinated, the destination has one of the highest US vaccination rates, making it safer for all visitors.

Though relaxing at a beach resort is a draw for many visitors to Puerto Rico, local businesses need support now more than ever. As 2022 gets started, there's a new wave of family and community-run organizations that combine cultural education and tourism.

"We want to encourage people visiting Puerto Rico to look at new ways of immersing in and experiencing the island," said Edgardo Miranda-Rodriguez, inventor of La Borinqueña, a patriotic, female superhero comic inspired by mythology and mysticism as well the social, political and environmental issues of Puerto Rico.

"Not just doing a weekend at a closed-off resort, but actually engaging the island in a way that's supporting sustainable work and addressing a lot of the inequities that exist in Puerto Rico," Miranda-Rodriguez said.

In response to Hurricane Maria, Miranda-Rodriguez started the La Borinqueña Grants Program in 2018 to support nonprofits in Puerto Rico dealing with child development, arts, women's health, environmental justice and sustainable farming. Many of the organizations supported by the program allow visitors to interact and engage.

One example is the Piñones Cultural and Ecotourism Center, located 30 minutes east of San Juan in Loiza, a town that's home to the majority of Puerto Rico's Afro-Puerto Rican population.

The center offers cultural and ecotourism opportunities, including Bomba workshops, musical performances and bike and kayak tours to explore the nearby Piñones State Forest and Nature Reserve.

These experiences will connect you directly with the local people, and all proceeds go to supporting their social improvement and economic development in Loiza.

Foodies looking for locally sourced grub should keep an eye on the soon-to-open Concina at El Departmento de la Comida, a nonprofit that supports and advocates for local farmers.

Otherwise, consider hopping on a food tour to help you target local, in-need restaurants, which are still emerging from the pandemic.

"We highlight mom and pop restaurants that are producing something really nice and specific and unique, and it's all local Puerto Rican food and drink," said Leslie Padro, owner of Flavors Food Tours in San Juan.

Got rum on the brain? Who could blame you. Instead of following the crowd to Bacardi, head over to the new San Juan Distillers in the countryside west of San Juan, a family-run, 14-acre farm producing agricole rum.

They recently celebrated their grand opening after it was delayed when Hurricane Maria knocked out their power for eight months and destroyed much of their crop.

San Juan celebrated its 500th anniversary in 2021, and you can continue the celebration with some historical experiences and events running through June of 2022.

Down south, the city of Ponce -- founded in 1692 and named after Juan Ponce de León's great-grandson, Loíza Ponce de León -- traces history through its quality museums, such as the Museum of Puerto Rican Music and the Ponce Museum of Art. (Be sure to check before going as the museums have been temporarily closed).

History doesn't have to be dry, either.

The recently renovated Caribe Hilton, built in 1946 as the first Hilton outside the continental US, is the birthplace of the piña colada. The original recipe, concocted back in 1954, is printed on the wall, along with a tribute to the bartender who invented it.

Bioluminescent bays are brighter than ever

Paddling or swimming in Puerto Rico's three bioluminescent bays has long been one of its most fascinating and exciting outdoor adventures.

Two are on the main island, La Parguera in Lajas and Laguna Grande in Fajardo, and one, Mosquito Bay, is on nearby Vieques Island.

A bay becomes bioluminescent when large quantities of organisms (dinoflagellates) grow and congregate together in one area. When stimulated by movement, a reaction occurs that causes onlookers to see a bright, blue-green "glow."

Like many natural areas around the world, these bays saw reduced activity during the pandemic.

Tourism was also shut down in 2017 during the hurricanes, allowing the dinoflagellates to thrive in higher concentrations.

"It looks beautiful right now," said Captain Kiko Doitteau, president of Paradise Scuba & Snorkeling Center, referring to its vibrancy. "It's like being in the 'Avatar' movie."

For the best experience, try to visit on a night when the moon is small or blocked by clouds. The darker it is, the more vibrant the glow will appear.