Why the global supply chain mess is getting so much worse 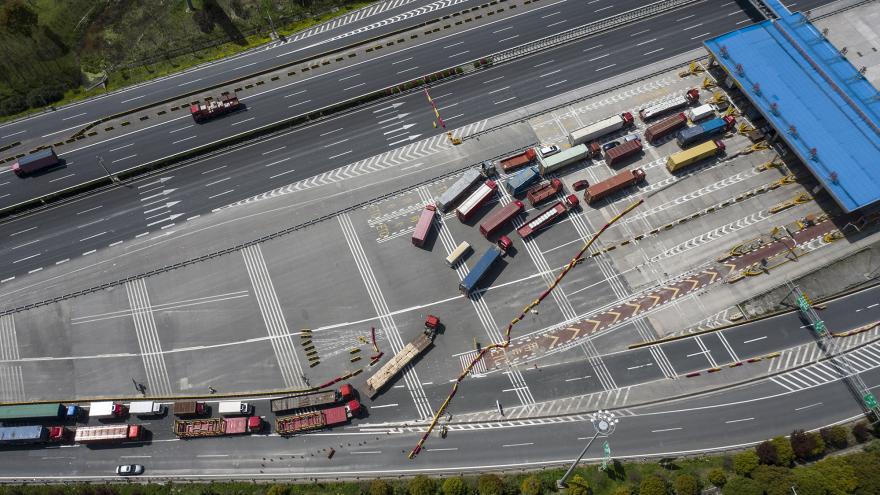 (CNN) -- Problems with global supply chains were supposed to be getting better by now. Instead, experts say they are getting worse.

Russia's invasion of Ukraine, which cut off exports from Ukraine and put Russian businesses under sanction, has set off a series of new supply-chain bottlenecks. So has a surge in Covid cases in China, which has led to temporary lockdowns in parts of the country.

No one was predicting that the supply chain would return to normal by this point. Even before these latest crises, shortages of some parts and raw materials had been expected to continue into 2023. But companies had been confident that there was finally a light at the end of the tunnel. In early February, three weeks before Russia invaded Ukraine, GM forecast that it would be able to build 25% to 30% more cars this year than last year.

"[We're] definitely seeing improvement in first quarter over fourth quarter. We saw fourth quarter better than third quarter. And we really see with the plans we have in place now, by the time we get to third and fourth quarter, we're going to be really starting to see the semiconductor constraints diminish," GM CEO Mary Barra told investors when discussing fourth quarter results and 2022 outlook.

But GM just announced a two-week shutdown starting next week at its plant in Fort Wayne, Indiana, that builds Chevrolet Silverado and GMC Sierra pickup trucks, because of the lack of computer chips.

Ukraine and Russia don't produce computer chips used by global automakers. But Ukraine is the world's leading source of neon, a gas needed for the lasers used in the chip-making process. While some chipmakers have stockpiled neon ahead of the fighting, there are concerns about the long-term availability of the gas.

"People expected the semiconductor shortage to continue. But nobody predicted Ukraine," said Bernard Swiecki, director of research at the Center for Automotive Research, a Michigan think tank.

Supply chain disruption is a major factor driving prices higher around the globe, as demand for goods such as cars, oil and computer chips have outpaced supplies. And predicting when those disruptions will end is nearly impossible due to the uncertain nature of the war in Ukraine. The longer it goes on, the more problems it's likely to cause.

"We were looking at 2023 for things to get back to normal before the [Ukraine] crisis," said Joe Terino, who leads management consultant Bain & Co.'s global supply chain practice. "Now it's hard to say when it might end, because we don't know how long it will go, how far reaching it could become."

Problems keep piling on top of another. Global supply chains may be disrupted for quite some time.

"We lived under the assumption that products, resources can move freely across geography," said Hernan Saenz, who leads the global performance Improvement practice at Bain. "When that's no longer true, it has massive implications. You can adapt in the long term but short-term, recovery is very painful."

Problems in the supply chain caused by fire, bad weather or other natural disasters are the norm for those who manage supply chains said Kristin Dziczek, policy advisor at Fed Reserve of Chicago. The difference is that those problems generally affected one city or region, not the entire globe as the pandemic did.

"Supply chain managers were miracle workers and we never noticed this because these things happen all the time and they are able to adjust," she said. "But it's never happened like this before."

And the widespread nature of the disruptions clogged the system. The old expression about a chain only being as strong as its weakest link is an apt one for supply chains she said, since the problems with current supply chains have demonstrated a number of weak links that existed.

"Chains are an apt metaphor and always have been," she said.