Why some Netflix employees are demonstrating today 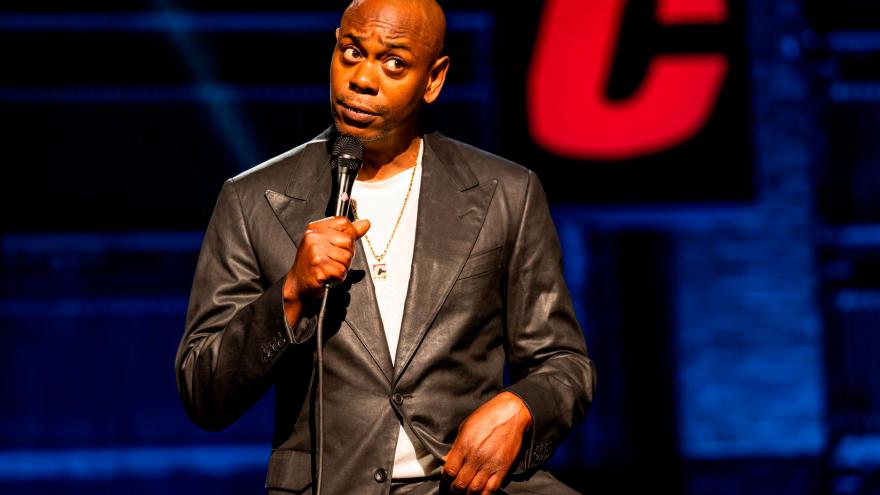 (CNN) -- Hundreds of Netflix employees and supporters are expected to take part in a demonstration on Wednesday.

Chappelle's comments about transgender people in the special have been widely criticized as transphobic by multiple employees and LGBTQ+ advocacy groups.

The comedian made the jokes during a historic year for anti-transgender legislation, introduced in at least 33 states, and less than a year after a record-high number of transgender people, most of them trans women of color, were killed.

Netflix employees and organizers calling themselves Team Trans* have scheduled a rally near the company's offices in Los Angeles. They plan to gather to present Co-Chief Content Officer Ted Sarandos with a "list of asks."

"We shouldn't have to show up quarterly/annually to push back against harmful content that negatively impacts vulnerable communities," organizer Ashlee Marie Preston wrote in a social media post. "Instead, we aim to use this moment to shift the social ecology around what Netflix leadership deems ethical entertainment."

Netflix co-CEO Ted Sarandos has not addressed the demonstration but did tell Variety in an interview published Tuesday that he "screwed up" when it came to how he has handled criticism of the special.

"I screwed up that internal communication," Sarandos told the publication. "I did that, and I screwed it up in two ways. First and foremost, I should have led with a lot more humanity. Meaning, I had a group of employees who were definitely feeling pain and hurt from a decision we made. And I think that needs to be acknowledged up front before you get into the nuts and bolts of anything. I didn't do that. That was uncharacteristic for me, and it was moving fast and we were trying to answer some really specific questions that were floating. We landed with some things that were much more blanket and matter-of-fact that are not at all accurate."

After Chapelle's special debuted on Netflix on Oct. 5, Sarandos acknowledged Chappelle's provocative language in an emails to staff obtained by Variety, but defended the platform's commitment to artistic freedom and said the special didn't cross the line to incite violence.

"We have a strong belief that content on screen doesn't translate into real-world harm," Sarandos wrote.

CNN has not independently verified the emails from Sarandos. When reached by CNN last week, a spokesperson for Netflix said: "Our employees are encouraged to disagree openly and we support their right to do so."

GLAAD, the LGBTQ media advocacy organization, voiced concern about Chappelle's comments "The Closer" and pushed back on the position Sarandos took in his notes to staff.

"GLAAD was founded 36 years ago because media representation has consequences for LGBTQ people. Authentic media stories about LGBTQ lives have been cited as directly responsible for increasing public support for issues like marriage equality," GLAAD said in a statement to CNN last week. "But film and TV have also been filled with stereotypes and misinformation about us for decades, leading to real world harm, especially for trans people and LGBTQ people of color. Ironically, the documentary Disclosure on Netflix demonstrates this quite clearly."

Comedian Hannah Gadsby also criticized the response from Sarandos, which referenced her own Netflix specials.

"Hey Ted Sarandos! Just a quick note to let you know that I would prefer if you didn't drag my name into your mess," she tweeted. "Now I have to deal with even more of the hate and anger that Dave Chappelle's fans like to unleash on me every time Dave gets 20 million dollars to process his emotionally stunted partial word view."

Three Netflix employees were suspended amid the controversy for attending an executive-level meeting without permission. They were subsequently reinstated. One employee was fired last week for sharing "confidential, commercially sensitive information" about the special to Bloomberg.

"We understand this employee may have been motivated by disappointment and hurt with Netflix, but maintaining a culture of trust and transparency is core to our company," a Netflix spokesperson said.