Why soap, sanitizer and warm water work against Covid-19 and other viruses 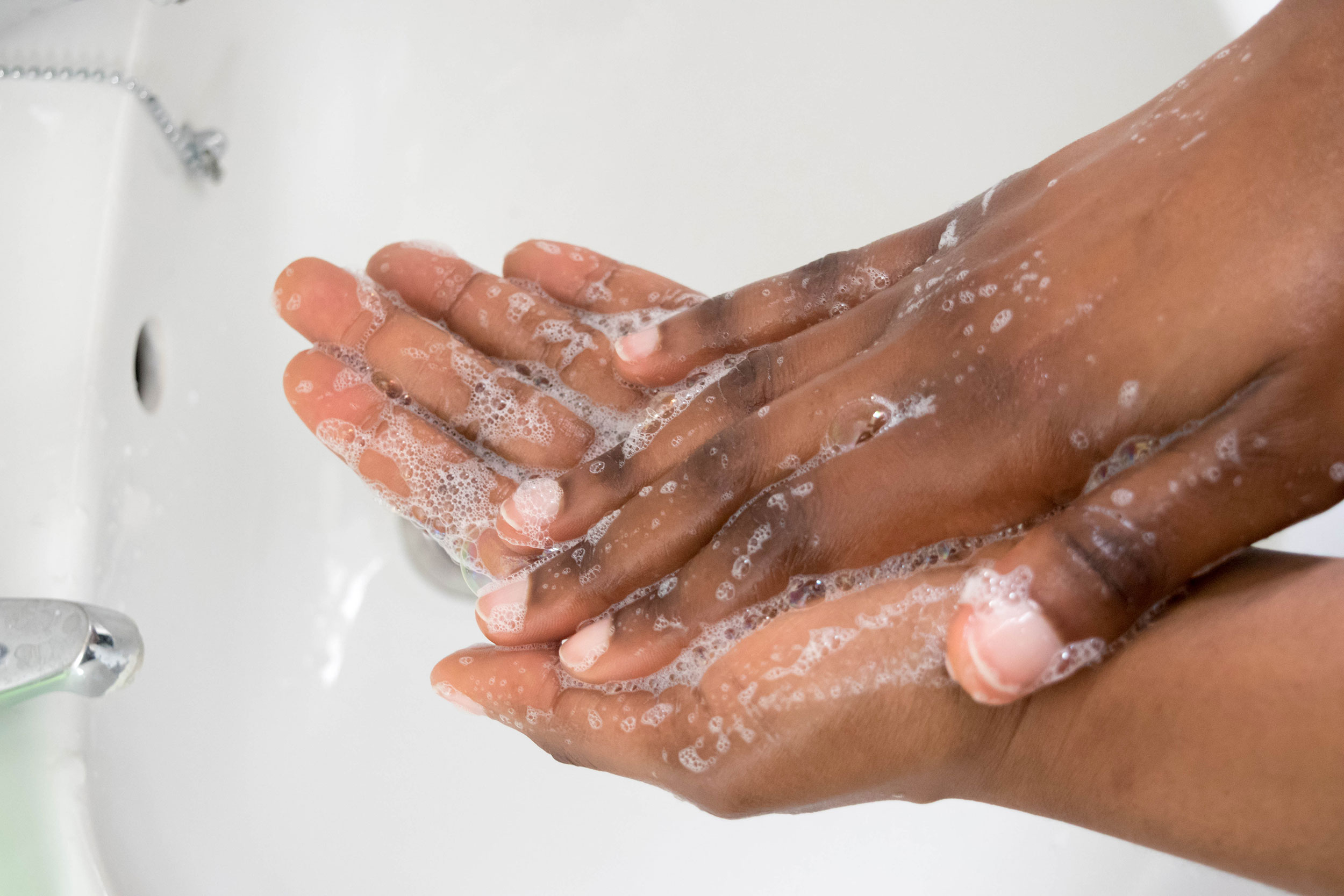 (CNN) -- Tired of washing your hands for 20 seconds each time? Fingers starting to prune or feel like sandpaper?

The world is counting on you to help stop the spread of Covid-19, the deadly new disease caused by SARS-CoV-2, or severe acute respiratory syndrome coronavirus 2.

Take heart that while you're scrubbing, you're also killing off a host of other nasty bacteria and potentially lethal viruses that have plagued humans for centuries -- including influenza and a number of different coronaviruses.

"There are four coronaviruses that circulate in humans regularly, almost every year," said virologist Dr. John Williams, chief of the division of pediatric infectious diseases at the University of Pittsburgh Medical Center Children's Hospital of Pittsburgh.

"And they mainly cause colds; in fact, they cause about a third of common colds. They don't kill people," he added.

Coronaviruses aren't the only nasty parasites that succumb to a vigorous application of soap and water. Influenza -- which kills millions around the world each year -- and the human metapneumovirus, which causes a respiratory infection that can lead to pneumonia, also break down and die.

How did such a simple thing as soap and warm water -- and alcohol-based sanitizers -- obtain such power over these parasites?

The answer lies in their "skin" and your scrubbing technique.

What soap and warm water do

Under the microscope, coronaviruses appear to be covered with pointy spires, giving them the appearance of having a crown or "corona" -- hence the name. Beneath the crown is the outer layer of the virus, which is made up of lipids, or what you and I would call fat.

Now imagine that coronavirus is your butter dish, covered with buttery fat.

"You try to wash your butter dish with water alone, but that butter is not coming off the dish," Williams explained. "You need some soap to dissolve grease. So soap or alcohol are very, very effective against dissolving that greasy liquid coating of the virus."

What does getting rid of that outer layer do to the germ?

"It physically inactivates the virus, so it can't bind to and enter human cells anymore," Wllliams said.

Just how soap accomplishes this feat is rather strange and fascinating science.

It's all about how soap molecules are formed -- each looks much like a tiny sperm, with a head and tail. The head bonds with water but the tail rejects it, preferring oil and fat.

Frantically trying to escape water, the tail of the soap is drawn to the fatty outer layer of the virus and begins to pry it open, much like we might use a crowbar to separate two pieces of wood.

Once the virus or bacteria splits open, it spills its guts into the soapy water and dies.

Water and scrubbing with your hands are important to this process because the combination creates more soap bubbles, which disrupt the chemical bonds that allow bacteria, viruses and other germs to stick to surfaces.

You want to scrub, build up bubbles and scrub some more, getting into every crack and crevice of your hands and fingers, including your fingernails, for 20 seconds, which is about as long as it takes to sing Happy Birthday twice. (But if you're tired of that ditty, there are songs from every decade you can sing instead.)

Now, when you rinse your hands, all the germs that have been hurt, trapped or killed by soap molecules are washed away.

"All those bubbles and foam ... literally pick germs up and wash them down the drain," said Dr. William Schaffner, a professor of preventative medicine and infectious disease at Vanderbilt University School of Medicine in Nashville.

You often hear that the water you wash with should be warm, but why? After all, even hot water does not kill bacteria or viruses until you get to a temperature that would scald the skin.

"Cold water will work, but you have to make sure you work really vigorously to get a lather and get everything soapy and bubbly," said chemist Bill Wuest, an associate professor at Emory University who studies disinfectants.

To do that, you might need to sing "Happy Birthday" three times instead of two.

"Warm water with soap gets a much better lather, more bubbles," Wuest said. "It's an indication that the soap is ... trying to encapsulate the dirt and the bacteria and the viruses in them."

What alcohol-based sanitizers do

Alcohol-based hand sanitizers can be as effective as soap if they are used properly, Schaffner explained.

"They need to have at least 60% alcohol in them," Schaffner said. "It's the alcohol that's the virus killer."

Just putting a little dollop in the palm of your hand and wiping quickly isn't good enough, Schaffner said.

"You've got to use enough and get it all over the surfaces," he said. "Rub it all over your hands, between your fingers and on the back of your hands."

"That's because alcohol is a different chemical property," Wuest said. "It helps break up the germ membranes, but you need to make sure it gets into direct contact with the bacteria or virus."

But there are situations in which soap and water are best, Williams said, because of the ability of soap and water to trap and wash microorganisms away.

"Alcohol is pretty effective at killing germs, but it doesn't wash away stuff," he said. "So you know, if somebody's just sneezed into their hand, and their hand is covered with mucus, they would have to use a lot more alcohol to inactivate that bacteria or virus.

"So if somebody's hands are visibly or grossly contaminated, soap and water are better," Williams said.

That's especially important because there are nasty germs and bacteria out there that don't have soft, fatty bellies that soap bubbles can attack -- such as hepatitis A virus, poliovirus, meningitis and pneumonia.

So the next time you wash your hands for the umpteenth time, take pride in all those soapy bubbles you're creating -- and enjoy the pleasure of imagining those microscopic, dead creatures circle the drain.