Why Republicans are ready to kill the $300 pandemic unemployment boost 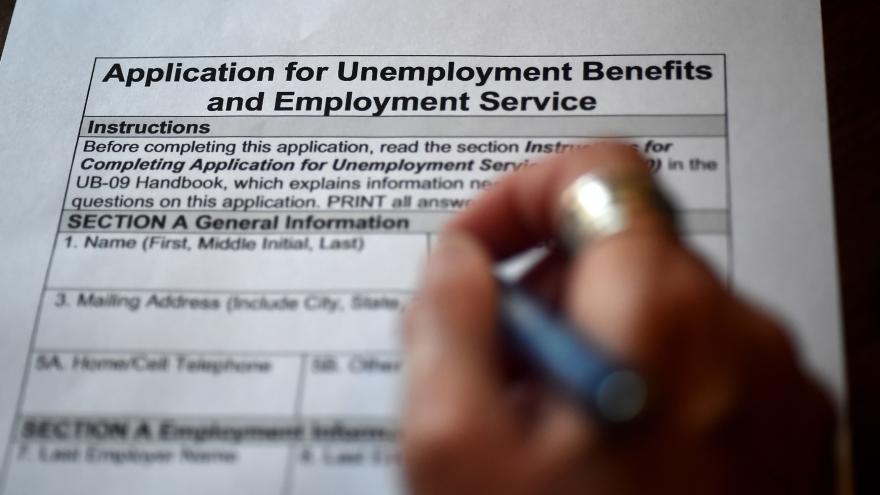 (CNN) -- Even as Congress raced to rescue the nation from the coronavirus pandemic last spring, Republican lawmakers were raising red flags about expanding unemployment benefits -- particularly providing the jobless with a weekly federal supplement worth hundreds of dollars.

Now, as the country seeks to emerge from the outbreak that has left millions of Americans out of work, a growing chorus of GOP officials and business owners say that it's time to end the historic enhancement in order to push more people to rejoin the labor force. At least three red-state governors have already moved to do so.

Friday's disappointing jobs report -- which showed the US economy added a scant 266,000 jobs in April -- has only heaped fuel on the fire.

President Joe Biden and Democratic leaders, however, point to the jobs data as a reason to continue supporting laid-off Americans. They argue there is little evidence that proves the expanded benefits are keeping workers on the sidelines.

The jobs report "is a rebuttal to the loose talk that the Americans just don't want to work," Biden said Friday, adding that many people can't find positions. "While jobs are coming back, there are still millions of people out there looking for work."

Plus, the pandemic continues to weigh on many Americans, despite the increase in vaccinations and drop in cases recently.

More than 4.2 million people said they are not working because they are concerned about getting or spreading the virus, according to Census survey data from the second half of April.

Over the past week, Republican governors in Montana, South Carolina and Arkansas have announced they are terminating the federal jobless benefits in their states next month, including the $300 weekly boost and the payments for freelancers, independent contractors, certain people affected by the virus and those who've run out of their regular state benefits. All cited labor shortages.

"As we emerge from Covid-19, retail and service companies, restaurants and industry are attempting to return to pre-pandemic unemployment levels, but employees are as scarce today as jobs were a year ago," said Arkansas Gov. Asa Hutchinson, a Republican, who on Friday announced his state would cease the federal benefits in late June.

Meanwhile, the US Chamber of Commerce called for jettisoning the $300 supplement, which Congress initially approved in December and recently extended through early September as part of the Democrats' $1.9 trillion coronavirus rescue plan.

"The disappointing jobs report makes it clear that paying people not to work is dampening what should be a stronger jobs market," Neil Bradley, the chamber's chief policy officer, said on Friday, noting the weekly enhancement results in roughly 1 in 4 recipients earning more in unemployment payments than they did working.

Whether the beefed up benefits are keeping people from accepting job offers is a matter of debate. Economists at the University of Chicago and Yale University, among others, found that last year's $600 supplement had little to no impact on laid-off workers' decisions.

Asked Friday whether the enhanced benefits was a disincentive for people to return to work, Biden said, "No, nothing measurable."

And supporters of the system expansion point to the fact that job increases in April were tilted toward lower-paying sectors, whose workers would benefit the most from the $300 weekly boost.

"Hard to single out unemployment benefits as 'dampening' job growth in the lowest-wage industries when those same industries are the ones with the fastest job growth," Ben Zipperer, economist at the left-leaning Economic Policy Institute, tweeted on Friday.

Congress enacted the historic expansion of the nation's unemployment benefits system in March 2020 as the virus began to ravage the country, forcing most states to impose stay-at-home orders and many businesses to shut their doors and lay off workers. It was intended to support people while they couldn't work or look for jobs.

Lawmakers provided a $600 weekly supplement for four months, extended the duration of state benefits and opened up the system to gig workers, the self-employed, freelancers, independent contractors and people who could not work because of the virus or had to stay home because their children's schools had closed.

Several Republican senators, however, almost derailed the massive $2 trillion rescue package over the $600 federal boost, which was added to state benefits.

"This bill pays you more not to work than if you were working," South Carolina Republican Sen. Lindsey Graham said at the time, adding that "it's the worst idea I've seen in a long time."

The combination of state benefits and the weekly enhancement was equal to or larger than the average weekly wage for the jobs that were lost in 38 states, according to an analysis by Ernie Tedeschi, an economist at Evercore ISI who is now with the Biden administration.

That generosity plagued the supplement and proved to be a major factor in it not being renewed after expiring in late July.

But as the economy began to teeter amid a fresh surge of coronavirus cases in December, lawmakers in both parties agreed to provide a $300 weekly boost through mid-March and extend the two expiring federal pandemic programs for another 11 weeks.

When Democrats took control of the White House and Congress in January, they sought to boost the supplement to $400 and extend it through the end of September. But amid dissent within their own party, notably from moderate Democratic Sen. Joe Manchin of West Virginia, they ultimately agreed to continue the $300 enhancement until September 6.