Why March is so volatile for stocks 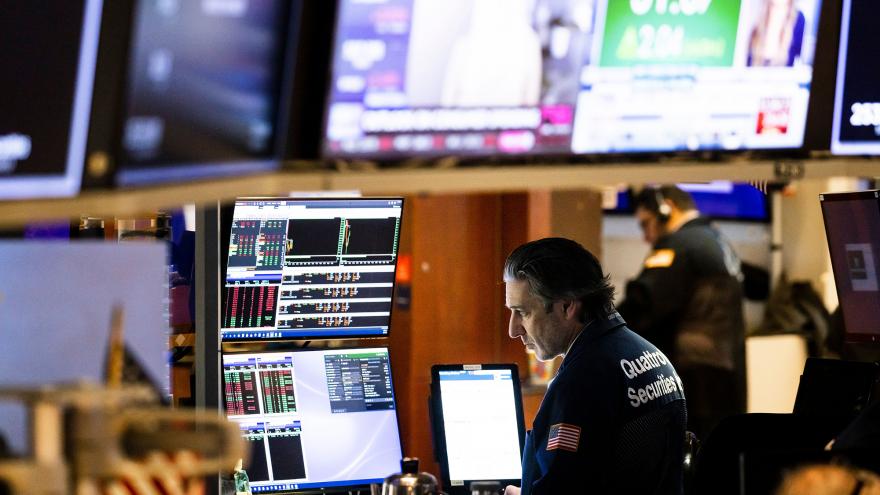 (CNN) -- March Madness isn't just for college basketball fans. That phrase is also an apt description of the volatility on Wall Street, and this March is no different.

Just look at what stocks have done so far this month. It began with worries about Russia's invasion of Ukraine and the spike in oil and gas prices. The Dow plunged nearly 800 points on March 7 as energy prices surged.

And if that weren't enough, the market was girding itself for the Federal Reserve's first rate hike since late 2018. The Dow was down nearly 4% for the month as of March 8.

March has often been a dramatic month for stocks. The dot-com boom of the late 1990s ended in March 2000 when the Nasdaq peaked and subsequently crashed more than 10% that month.

And just two years ago, stocks plunged in March after the beginning of the Covid-19 outbreak in America ground the US economy to a halt.

Hopeful signs despite awful start to the month?

The Great Recession (aka the 2008 Global Financial Crisis) peaked in March 2009. Stocks bottomed that month, after a nearly 60% decline from a high in October 2007, putting an end to a brutal bear market.

If you have the stomach for it, you can do reasonably well in March. According to data from Yardeni Research, which looked into returns dating back to 1928, the S&P 500 on average rises 0.5% in the month. Stocks have gone up 57 times in March during that time frame and have fallen 37 times.

LPL Financial chief market strategist Ryan Detrick looked back at how the S&P 500 fared in the 17 times since 1957 when the market fell in January and February and found that stocks usually rebound. The S&P 500 rose by an average of 1.1% in March of those years and wound up with a nearly 4% gain over the final 10 months following the drops in January and February.

"Seeing the first two months of a new year in the red isn't a great feeling, but the good news is lately it hasn't been a major warning sign," Detrick said in a report.

Soothing comments from Fed chair Jerome Powell about the economy after the Fed's rate hike Wednesday could also be good news for stocks for the rest of March.

"There has been no doubt that it has been a rocky start to the year," said Angelo Kourkafas, investment strategist with Edward Jones. "Powell struck a positive note about the strength of the economy and the market's ability to withstand rate hikes."