Why Bluetooth remains an 'unusually painful' technology after two decades 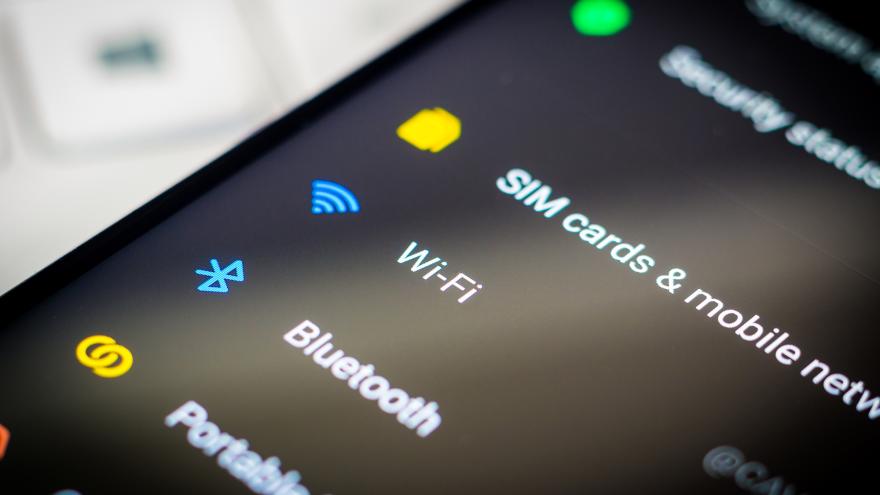 (CNN) -- In the two decades since it was first included in products available to the general public, Bluetooth has become so widespread that an entire generation of consumers may not be able to remember a time without it.

ABI Research estimates that 5 billion Bluetooth-enabled devices will ship to consumers this year, with that figure expected to rise to 7 billion by 2026. Bluetooth is now in everything from smartphones to refrigerators to lightbulbs, allowing a growing number of products to connect to each other seamlessly — sometimes.

Despite its pervasiveness, the technology is still prone to headache-inducing issues, whether it's the struggle to set up a new device to connect with, switching headphones between devices or simply being too far out of range to connect.

"I have a very love-hate relationship with Bluetooth," said Chris Harrison, a professor of Human-Computer Interaction at Carnegie Melon University. "Because when it works, it's amazing, and when it doesn't, you want to rip your hair out."

"The promise was to make it as seamless and easy as possible," he said. "Bluetooth never quite got there, unfortunately."

The reasons for this go back to the very foundation of the relatively low-cost technology.

The rise of Bluetooth

Bluetooth is said to borrow its name from aninth centuryScandinavian king, Harald "Blue tooth" Gormsson, who was known for his blueish-gray dead tooth and also for uniting Denmark and Norway in 958 AD. Early programmers adopted "Bluetooth" as a code name for their wireless tech that connects local devices, and it eventually stuck.

The technology was differentiated from Wi-Fi by being "inherently short range," Harrison said. It's still the case today that the Bluetooth options many consumers are accustomed to in their phones and portable speakers function at lower power and can only connect at limited distances.

Bluetooth signals travel over unlicensed airwaves, which are effectively open to the public for anyone to use, as opposed to privatized airwaves that are controlled by companies like AT&T or Verizon. This may have eased its development and broader adoption, but it came at a cost.

Bluetooth must share and compete with a slew of other products using unlicensed spectrum bands, such as baby monitors, TV remotes, and more. This may generate interference that can disrupt your Bluetooth's effectiveness.

Harrison cites other reasons why Bluetooth can be "unusually painful," including cybersecurity issues that can arise when transmitting data wirelessly.

If you set up a Bluetooth speaker in your New York apartment building, for example, you wouldn't want just anyone within a 50-feet radius to be able to connect to it. But manufacturers never settled on a seamless "discovery mode" process, Harrison said.

"Sometimes the device will start up automatically and be in this, 'I'm ready to pair mode,'" he added. "Sometimes you have to click some kind of alien sequence to get the device into this particular mode."

More than that, multiple US government agencies have advised consumers that using Bluetooth risks leaving their devices more vulnerable to cybersecurity risks. The Federal Communications Commission has warned that, as with Wi-Fi connections, "Bluetooth can put your personal data at risk if you are not careful."

At least one high-profile government official is said to be a Bluetooth skeptic: Vice President Kamala Harris. In the much-watched video of Harris congratulating President-elect Joe Biden after the election ("We did it, Joe!"), she can be seen holding a clump of wired headphones in her hands. According to Politico, Harris "has long felt that Bluetooth headphones are a security risk."

But businesses and consumers continue to embrace Bluetooth. Apple, perhaps most prominently, ditched traditional headphone ports and introduced its popular Bluetooth-enabled wireless earbuds, AirPods. Other tech companies have since rolled out similar products.

Some diehard audiophiles, the sort of people "who complain about Spotify not being high-quality enough," as Harrison puts it, also refuse to embrace the world of Bluetooth headphones for sound quality reasons.

Despite its flaws, Harrison doesn't see demand for Bluetooth dying down and admits he himself uses it seamlessly — some "70% of the time."

"Bluetooth hasn't seen it's pinnacle yet," Harrison said, predicting the widespread adoption of the Internet of Things, or smart devices, working together in close range will only add to its growth. "Bluetooth will be the glue that connects that all together."