Why avocado shipments from Mexico to the US were stopped: A death threat to a safety inspector 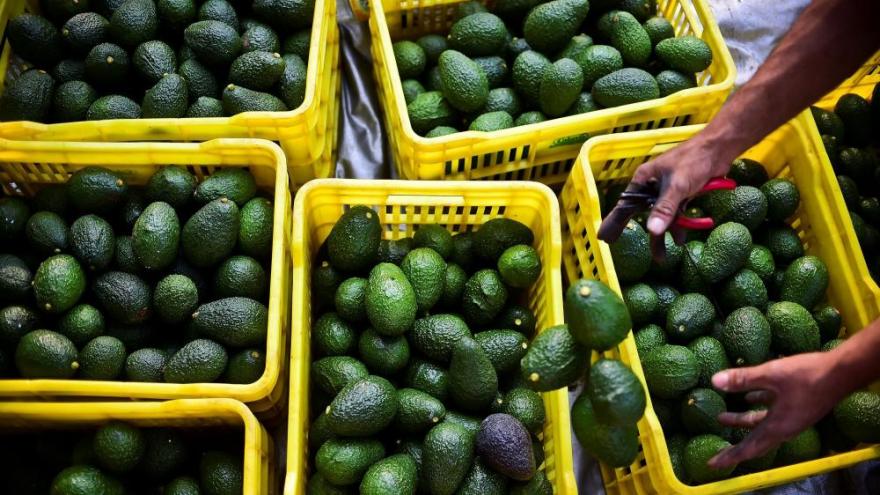 (CNN) -- The suspension of avocado imports from Mexico came after a US safety inspector received a credible death threat, according to a US official with knowledge of the matter.

The inspector had denied permission for a shipment from the Mexican state of Michoacán.

The threat led the US Department of Agriculture Animal and Plant Health Inspection Service (USDA-APHIS) totemporarily suspend Michoacán's export license for avocados, Mexico's Agriculture Ministry said Saturday in a statement. Michoacán is the only state in Mexico authorized to export avocados to the United States.

"Yes, Americans need their avocados for Cinco de Mayo, but these inspectors need to be able to do their jobs without being threatened," the official said, adding the US must feel comfortable with the security situation before the license will be reinstated.

Embassy security and APHIS personnel have been dispatched to Michoacán to "collaborate with local security officials to get inspections back on track as soon as possible," the official said.

The US inspector was working in Mexico on behalf of the USDA-APHIS to inspect shipments of avocados intended for export to the United States. Inspectors ensure produce meets USDA standards.

USDA- APHIS previously said an investigation is underway to assess the threat and determine the necessary measures to guarantee the physical integrity of all of its personnel working in Michoacán.

Meanwhile, the suspension has the potential to impact Americans' wallets during an economic period already strained by supply chain disruptions and inflation.

Avocados that already made it into the US from Mexico have become more valuable because there is uncertainty about future supply, said Mark Campbell, founder and CEO of ProduceIQ, a digital marketplace for produce buyers and growers. And higher wholesale prices are likely to be passed on to consumers.

Michoacán avocado producers have exported more than 135,000 tons of avocados to the United States in the past six weeks, Mexico's Agriculture Ministry said Saturday.

In 2019, a US inspector was also directly threatened in Michoacán, prompting the US government to warn Michoacán state authorities that export privileges would immediately be revoked if another threat occurred.

Michoacan's geographic position to the Pacific Ocean has made it a turf war between criminal organizations that fight for territory and the profits from other industries.